On Tuesday September 27 at approximately 7:05pm, white Chevy Impala without license plates crashed into a residence in the 3300 block of N Betula Ave.

A neighbor heard a loud crash and ran outside to see the white Impala speeding out of the neighbor’s yard.  Another neighbor was able to obtain cell phone pictures of the vehicle as it was driving away.

Witnesses described a male and female occupying the vehicle during the accident.

If you have any information on this vehicle or crime, you can report it anonymously to Crime Stoppers at 208-343-COPS (2677) or by leaving a web tip at 343COPS.com. 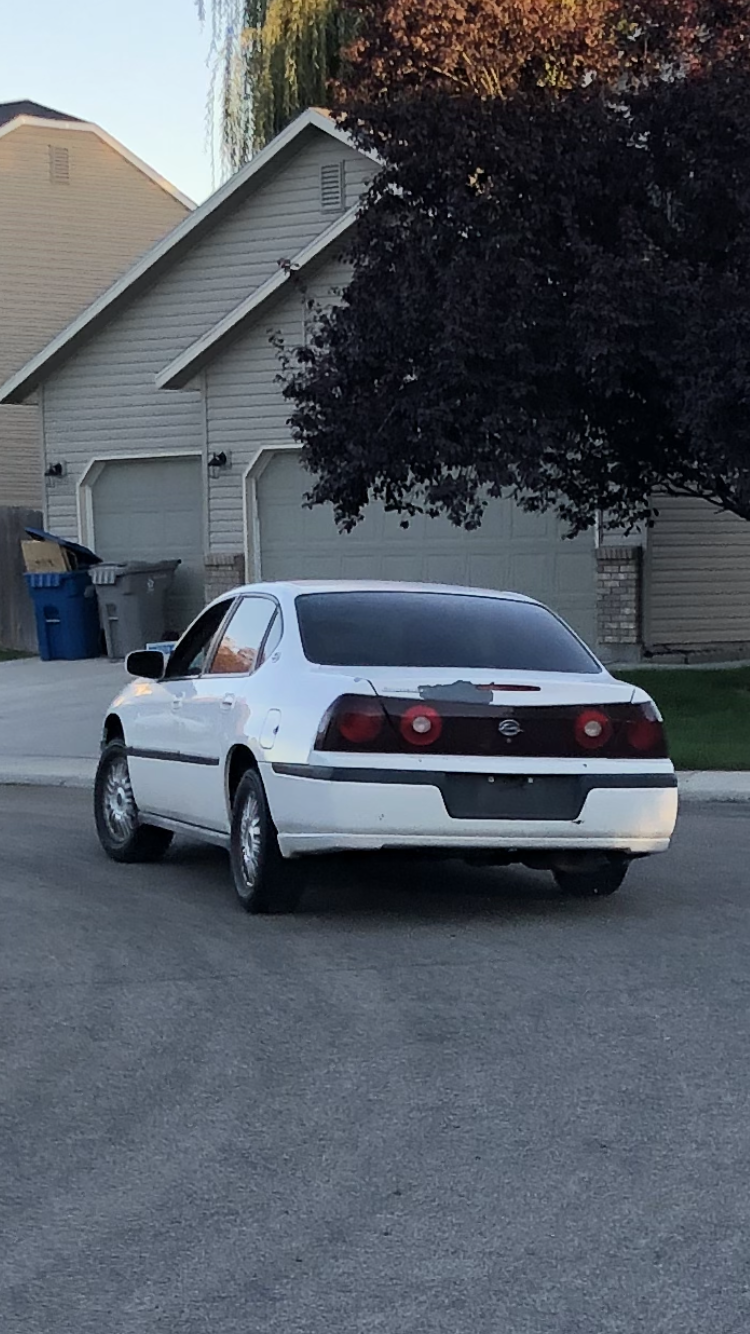 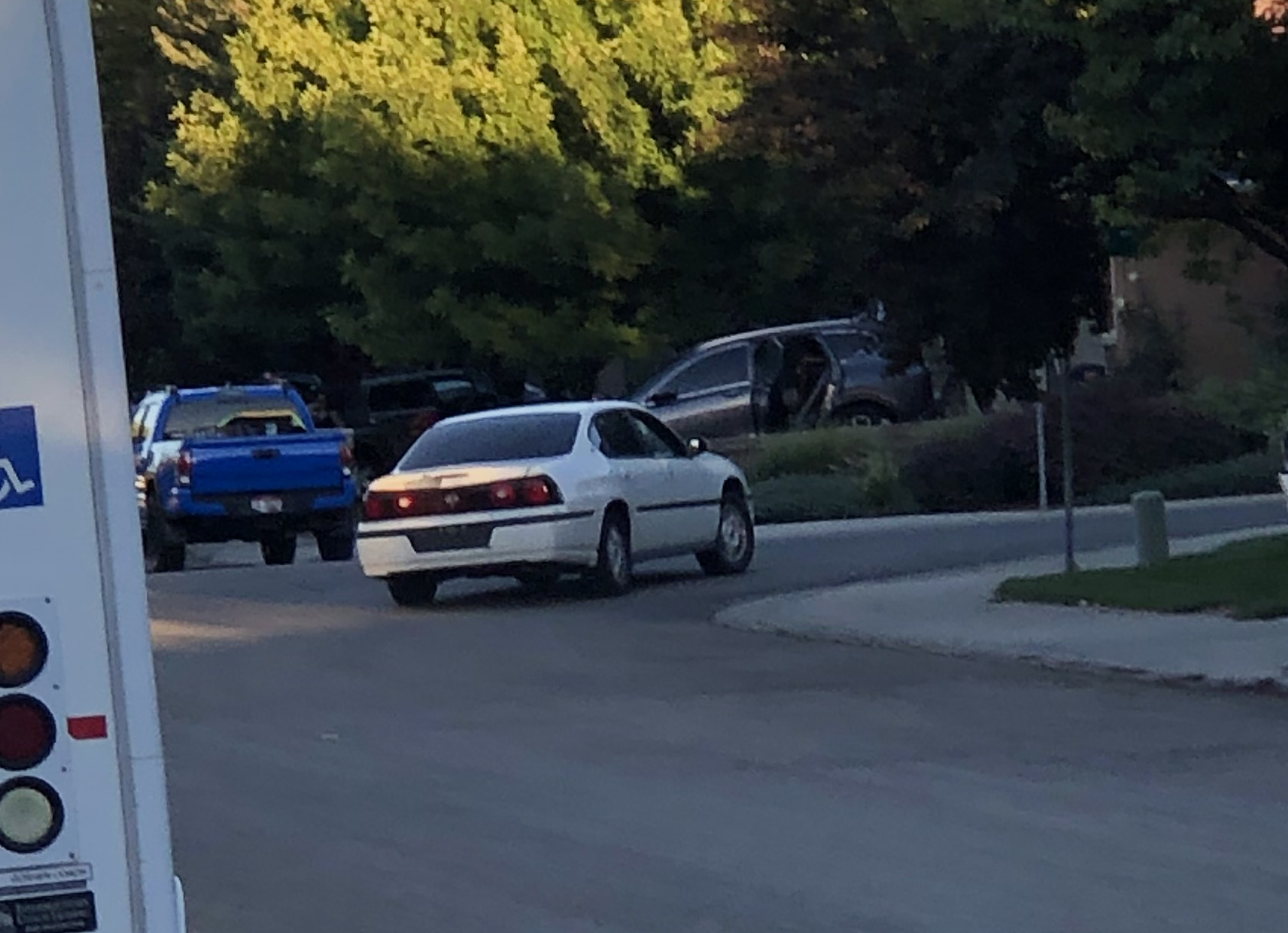 On Sunday September 25, just after 2am, officers responded to the report of a burglary in progress at a business in the 7800 block of N. Emerald Rd.  Upon arrival officers found the front widow of the business smashed but the suspect had left the scene prior to their arrival.  Working with the business they were able to determine a RC car was stolen from the business by the subject who had smashed the widow.  The car is valued more than $1,000.00.  Reviewing video, a picture of the suspect was obtained.

Go to 343COPS.com to view pictures of the suspect and the RC car stolen. 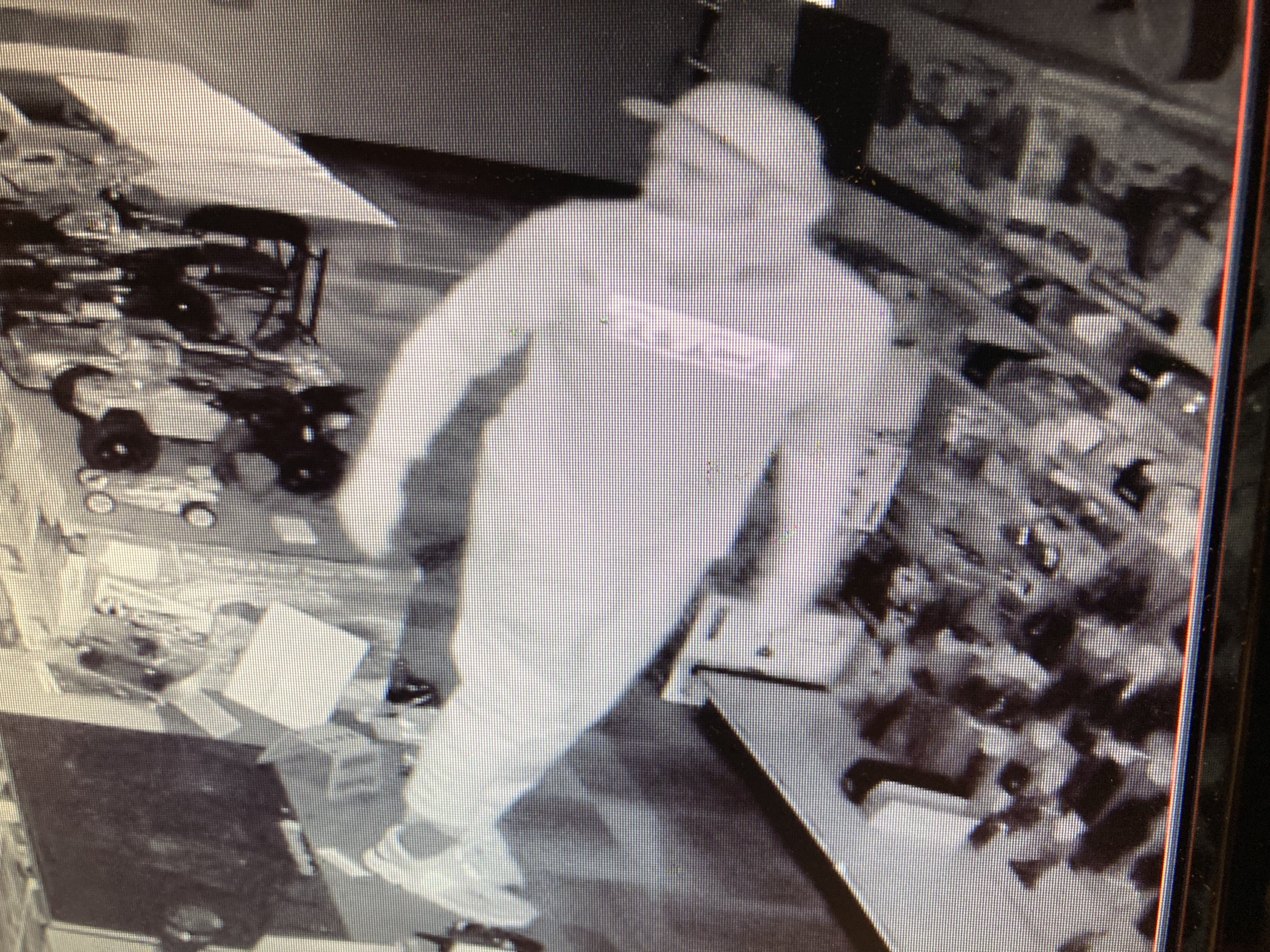 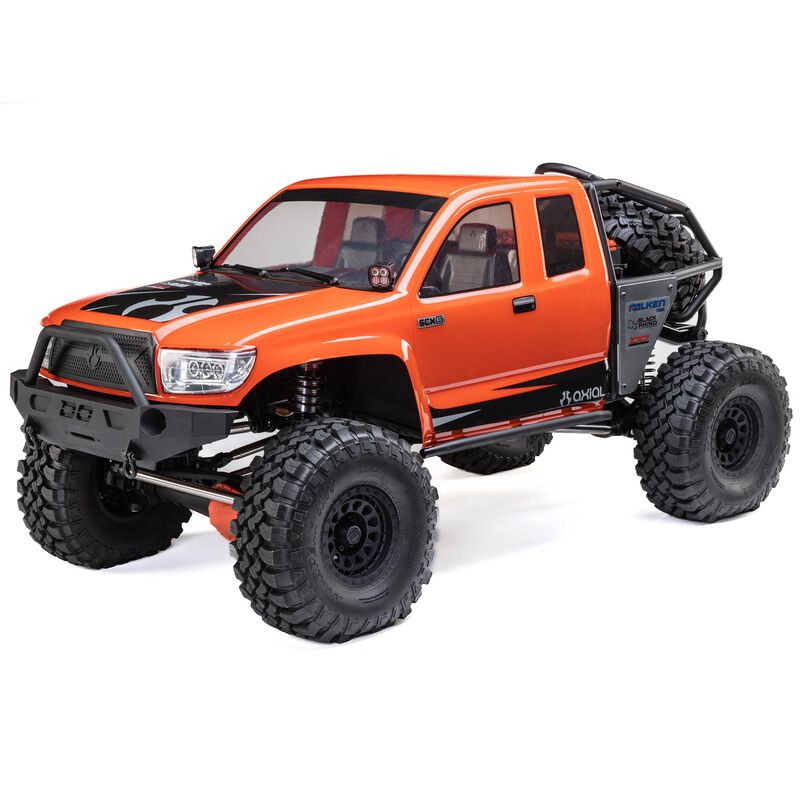 Boise Police Officers are investigating a vandalism at Capital High School on W. Goddard Rd that caused thousands of dollars in damage to the softball and football fields.  On Friday, September 16th at approximately 11:15 PM, two vehicles entered the Capital High School parking lot and drove recklessly through the fields.  Surveillance photos of the two suspect vehicles are included below.

Capital High School says the football field is unplayable and their practices and games will have to be rescheduled.

One of the suspect vehicles is described as a dark-colored Chevrolet Avalanche or Honda Ridgeline. The second vehicle looks to be a light-colored, late 90s model sedan. 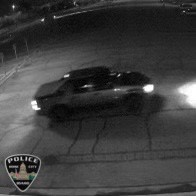 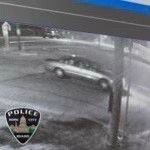 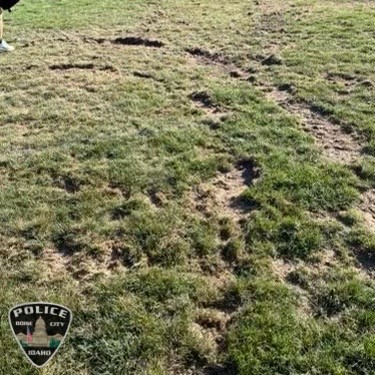 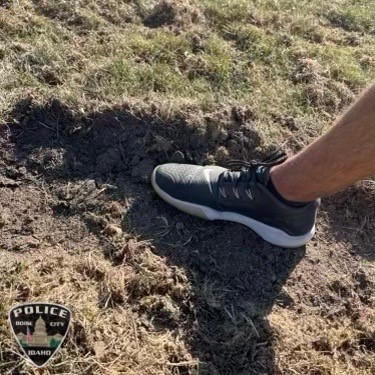 Boise officer haves received two theft reports from a storage facility in Southeast Boise.  The reported stolen items include 4 wheelers, a UTV, and an enclosed trailer.

Investigating the case, detectives observed two black SUVs associated with the thefts.  While the investigation remains ongoing, officers ask for your help. 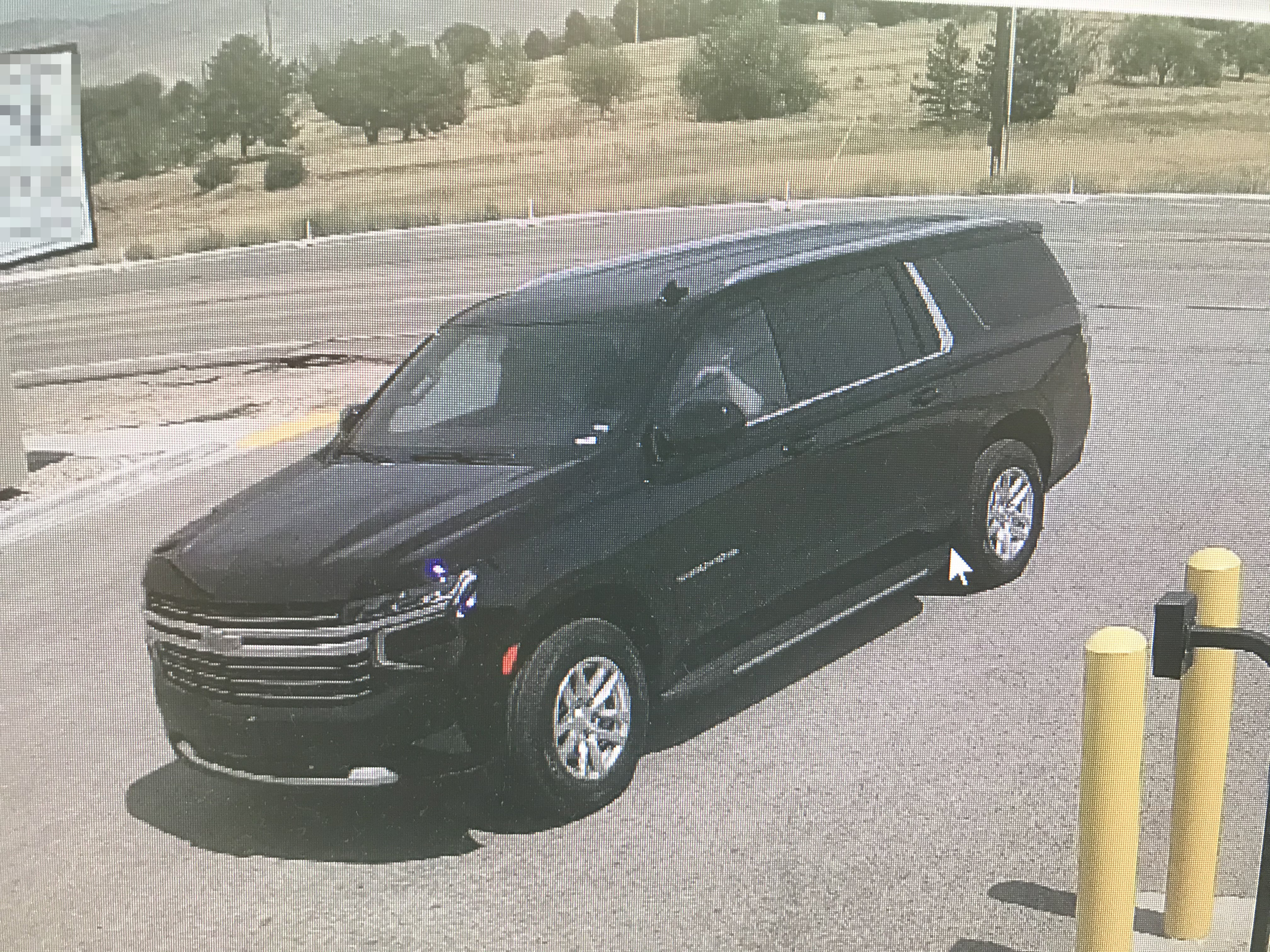 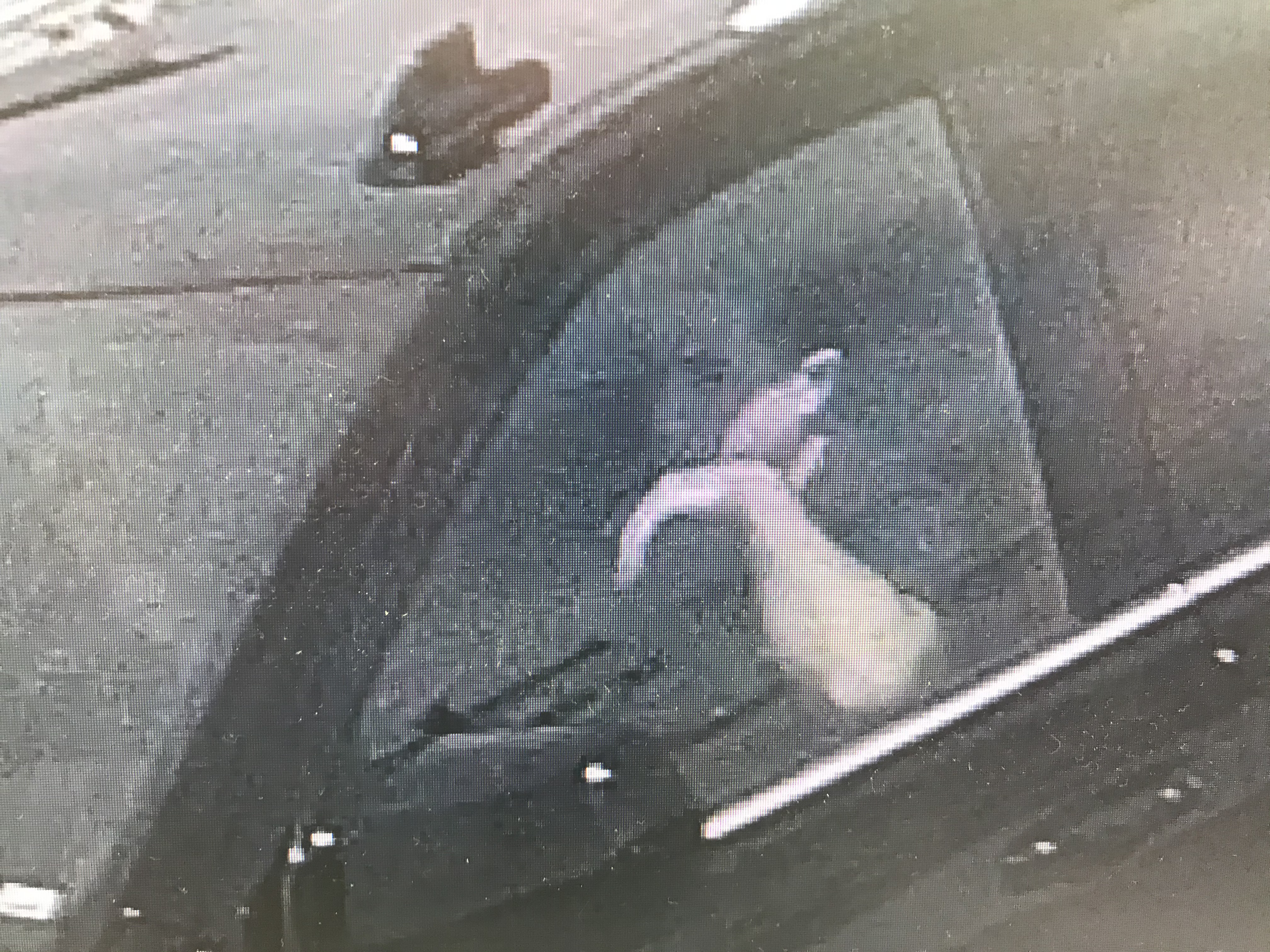 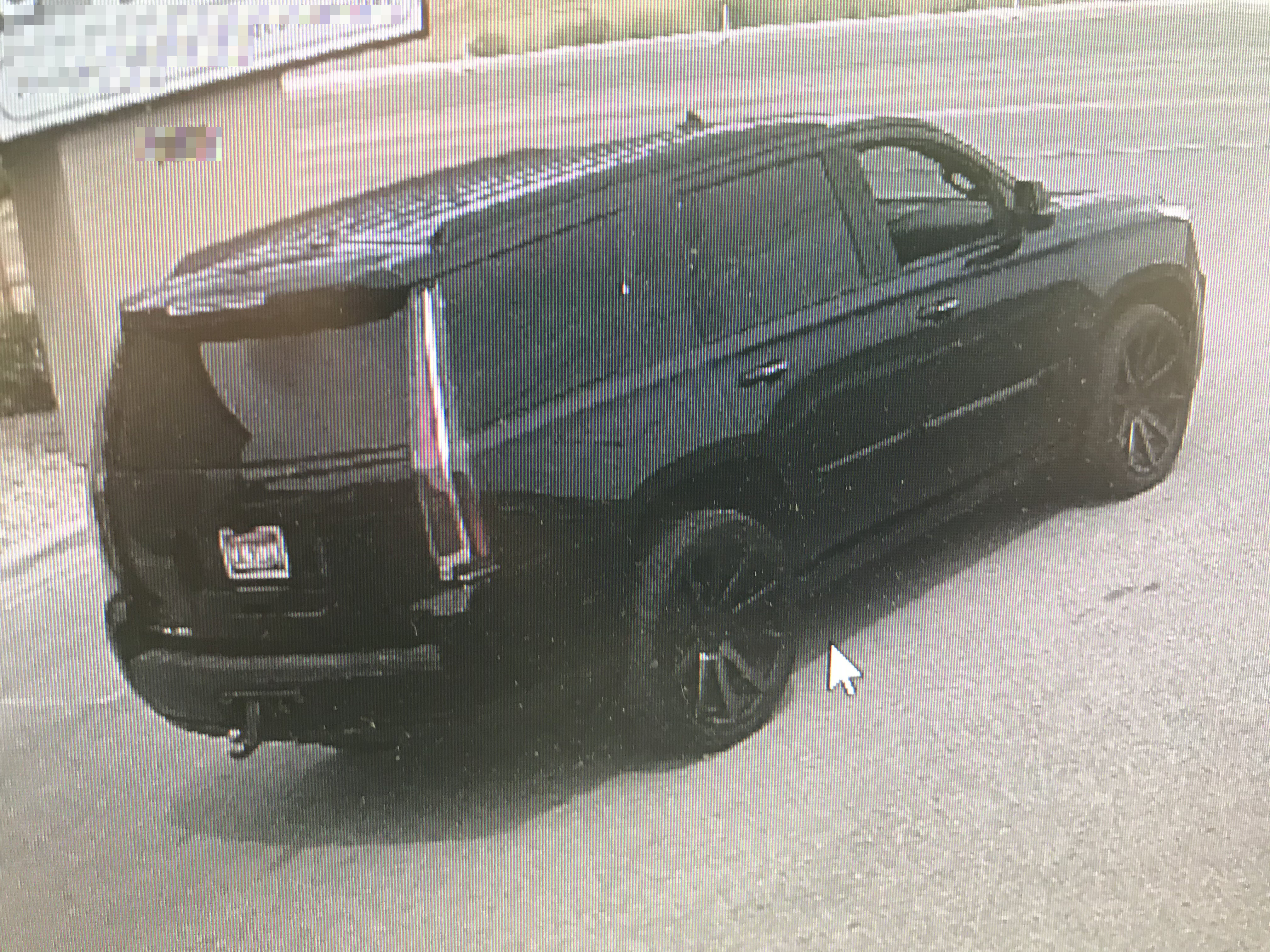 The Boise Police Department is looking for a male suspect after a report of a child enticement near N Avenger Lane in Boise on August 5, 2022. After an investigation, evidence shows that around 6:30 pm an unidentified man exposed himself to a child and told the child to come over to him. The male rode away from the scene on a bicycle. Officers searched the area where the incident occurred, but did not find the suspect. Officers from the Boise Police Department Neighborhood Contact Unit have been investigating in the area and following up on leads.  Officers have obtained a possible photo of the suspect (included below) and are asking the public for help identifying the individual.

The suspect is described as a white male with red hair, a full beard, approximately 5’9” to 5’11”, 150 to 165 pounds, and 21 to 30 years of age. He was seen wearing black shorts or jeans, a white t-shirt, black baseball hat, black backpack and was riding a black mountain bike. 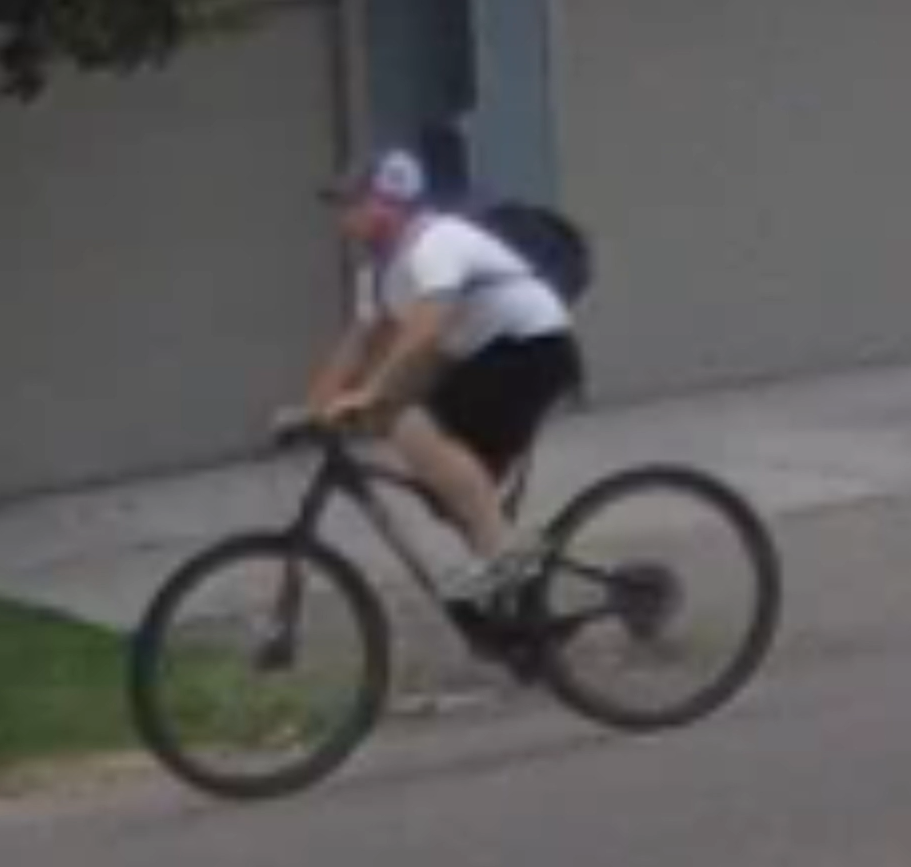 STATUS: ARRESTED
UPDATE:  SUSPECT IDENTIFIED AND IS IN CUSTODY
Boise Police are looking for information about a suspected arson at a home near State Street and N. Clover Drive. On Sunday, August 14 around 1:30 p.m., an unknown person ignited a fire that caused damage to the victim’s fence and yard. Firefighters and police responded to the scene. Luckily there was only minimal damage and no one was hurt. Detectives are looking for information about a possible subject who was seen multiple times in the area prior to the fire. The subject is described as a white male who was riding a bike. He was said to be wearing a black hooded sweatshirt and dark pants.
If you have any information on the identity of this male or the crime, leave a tip by calling 208-343-COPS (2677). 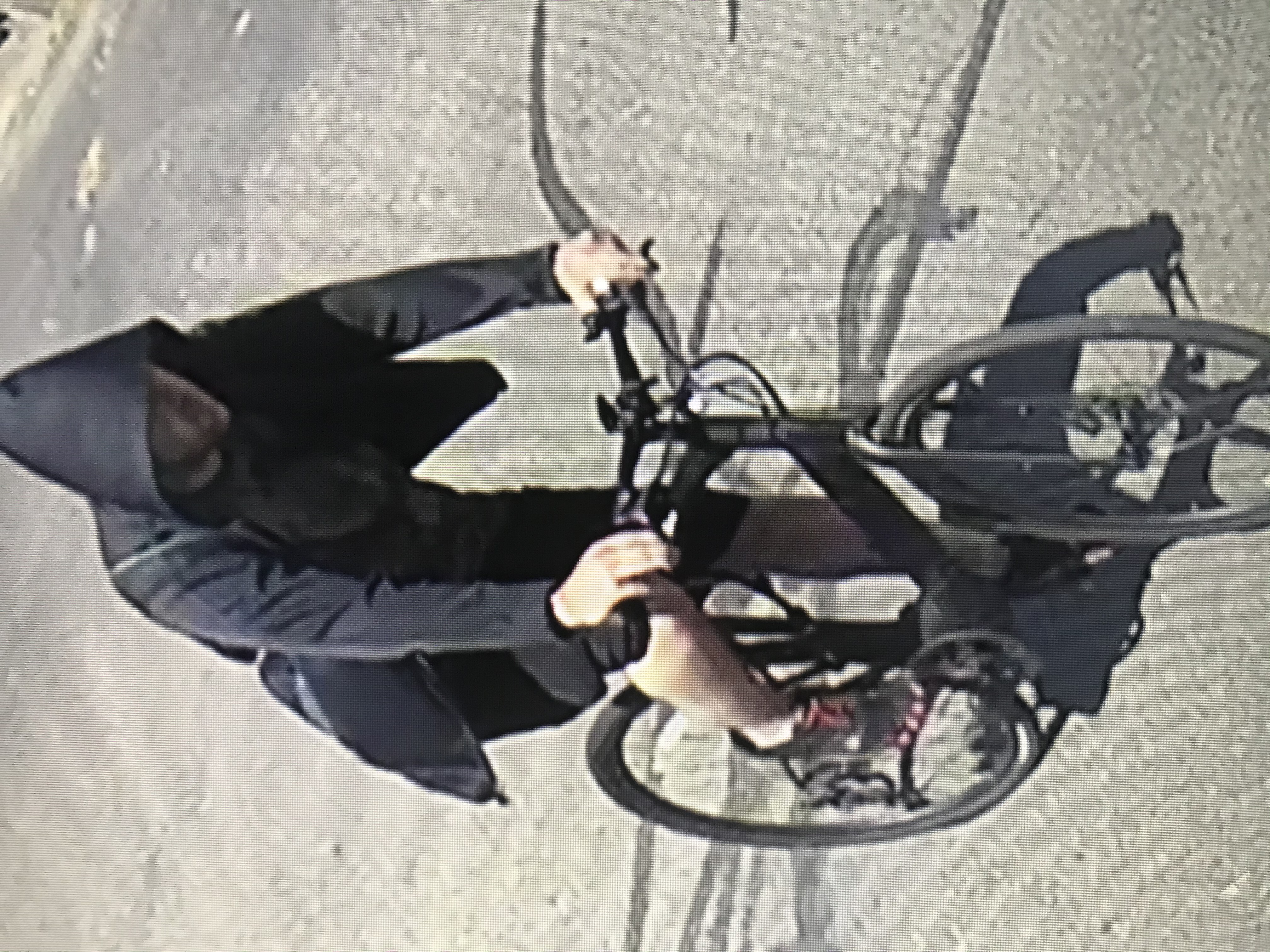 On Friday August 12, just after 10am, an unknown suspected entered a bank in the 6900 block of W. Overland Road in Boise.   The suspect who was believed to be armed demanded money from bank employees and left the location with an undisclosed amount of cash.  Upon officer response, the suspect was unable to be located.  He is described at a Hispanic male in his early 20s, approximately 5’8” tall.

Photos were able obtained of the male during the robbery and running from the scene without his face or head being covered.

If you have any information on the identity of this suspect or crime, you can report it anonymously to Crime Stoppers at 208-343-COPS (2677) or by leaving a web tip at 343COPS.com. 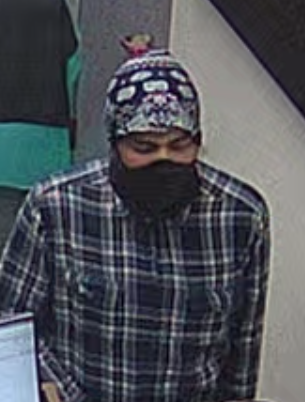 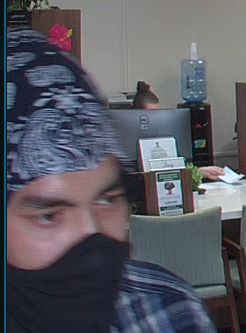 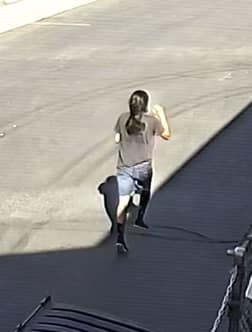 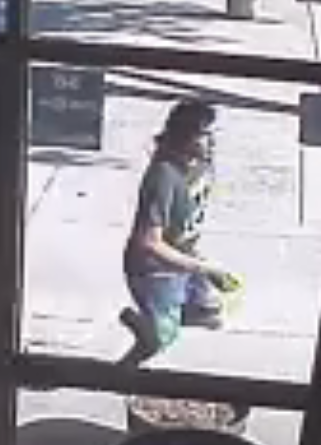 On July 13, Boise officers responded to the report of a vehicle burglary at a fitness center in East Boise.  The victim reported that while inside the location an unknown subject had entered their vehicle and had stolen two credit cards from their wallet which was left in the vehicle.  The victim’s credit cards were used at retail locations off N. Milwaukee St. shortly after the theft to make thousands of dollars in purchases.

Working with the affected retailers, officers were able to obtain images of a male using the victim’s cards.  He was described as 6’1”, 210 pounds, wearing a white dress shirt and dark pants.  He was also described as having an eastern European accent.

If you have any information on the identity of this male or this crime, you can report it anonymously to Crime Stoppers at 208-343-COPS (2677) or by leaving a web tip at 343COPS.com. 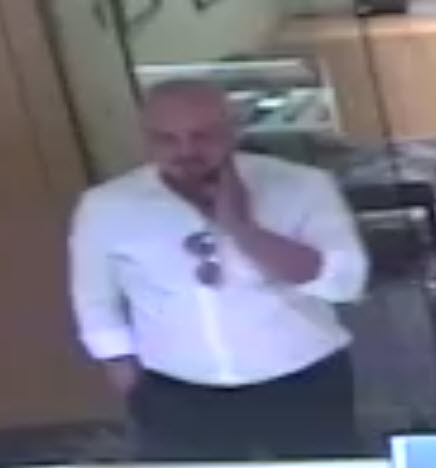 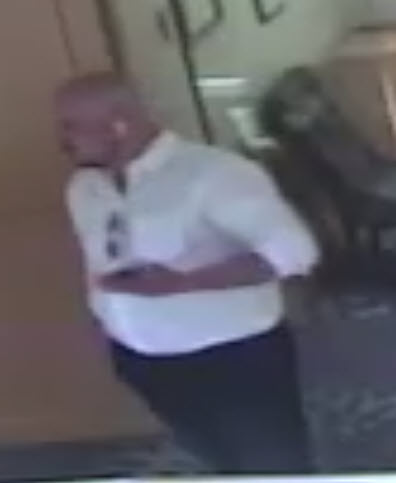 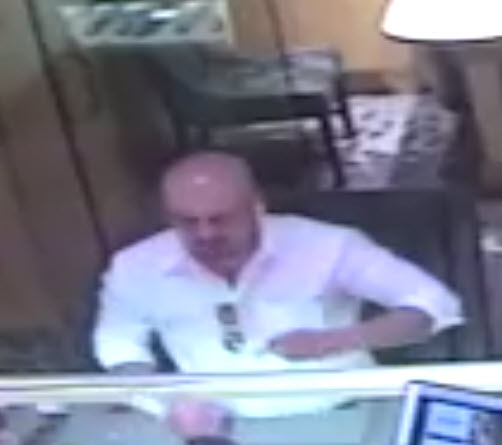 In the early morning hours of Sunday July 3, Boise officers we dispatched to the 600 block of N. 29th St. around 1230am for a possible arson.  When officers arrived at the location, they observed a truck that was on fire.  The Boise Fire Department was on scene and were able to extinguish the flames.  Investigating the incident, officers were able to work with residents in the area to review camera footage.

A male in his late teens, early twenties wearing shorts and a t-shirt was observed on video near the scene around the time of the fire.

Go to 343COPS.com to view pictures of the male subject.

If you have any information on the identity of this male or this crime, you can report it anonymously to Crime Stoppers at 208-343-COPS (2677) or by leaving a web tip at 343COPS.com. 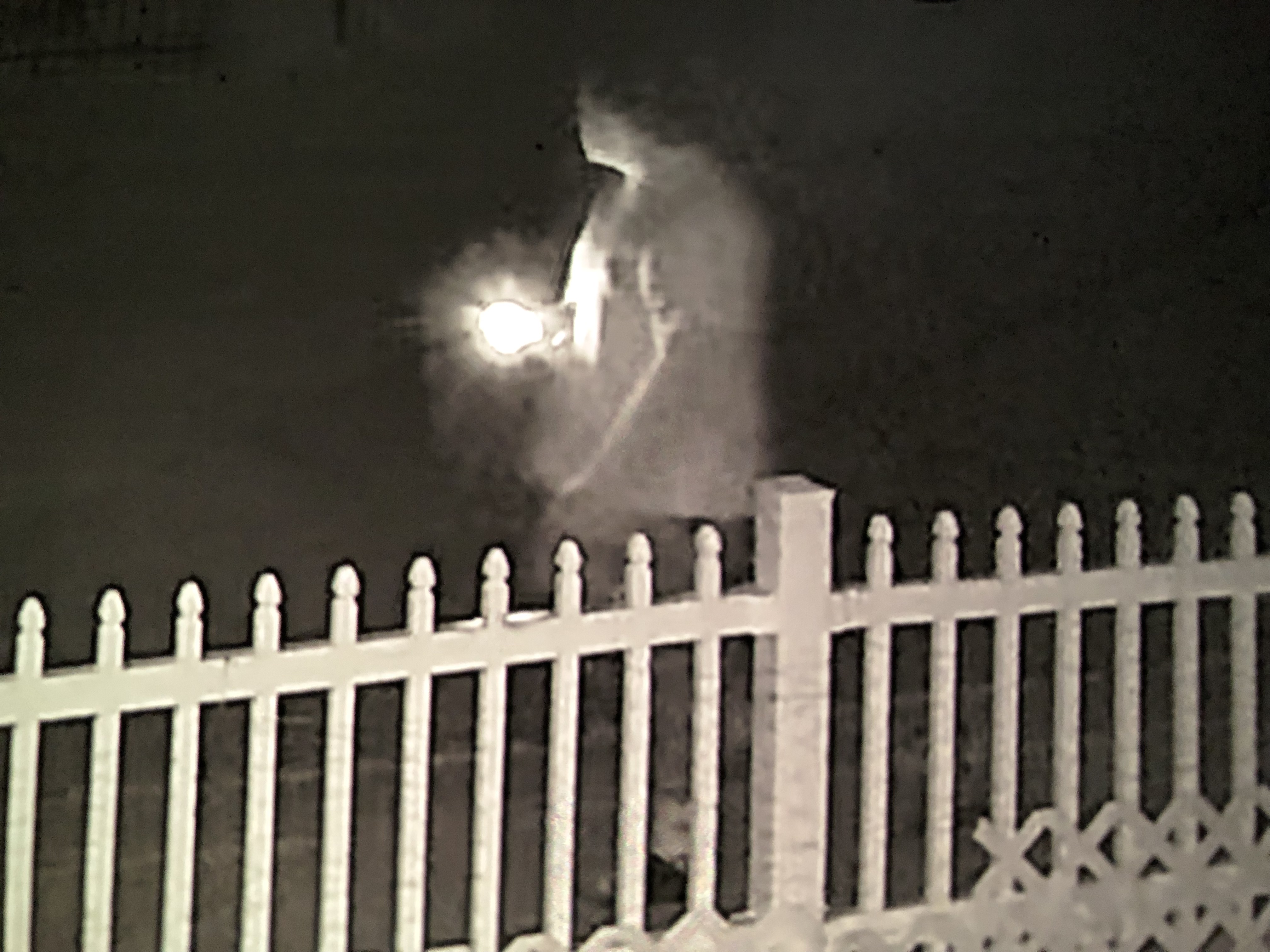 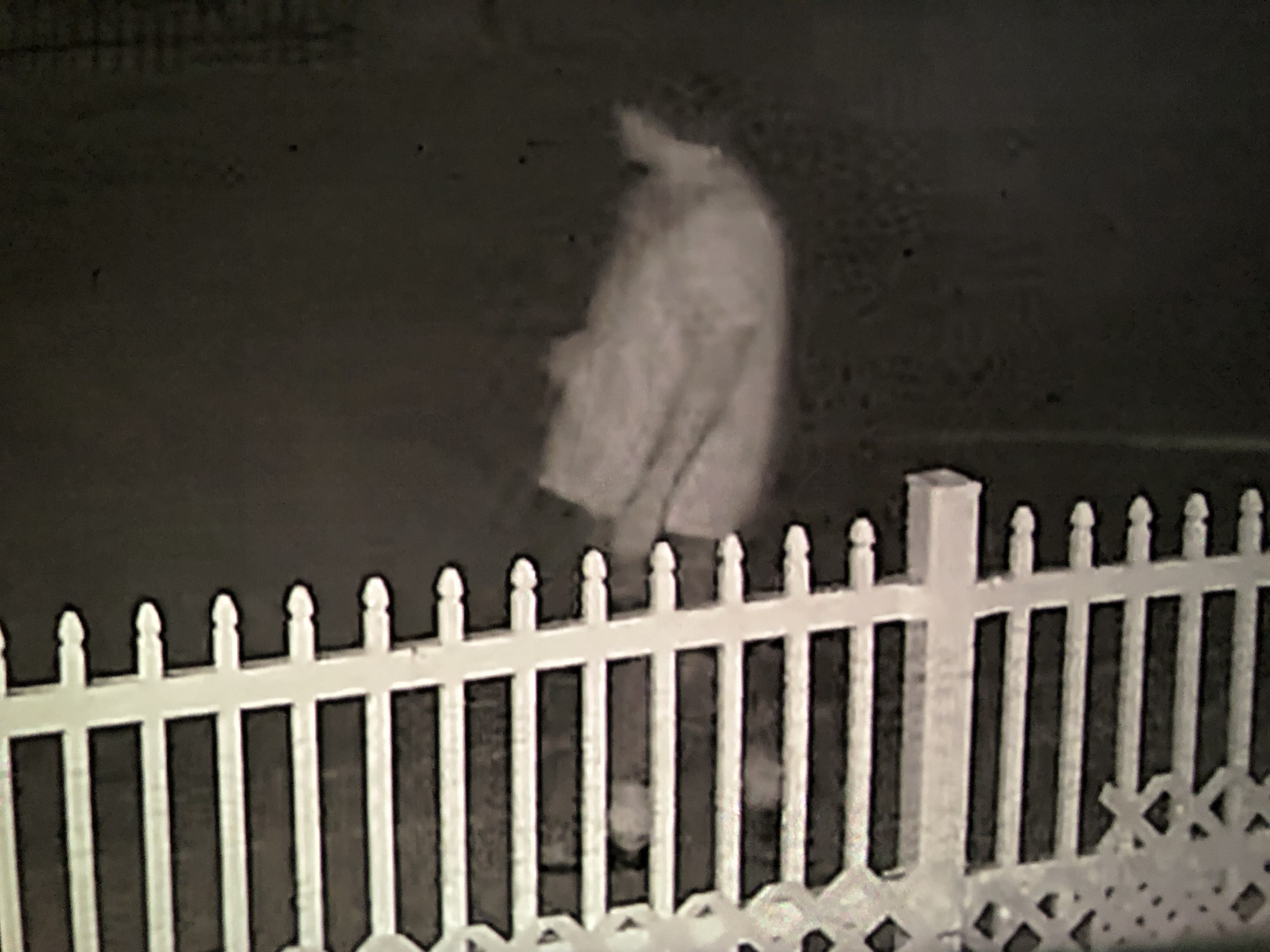 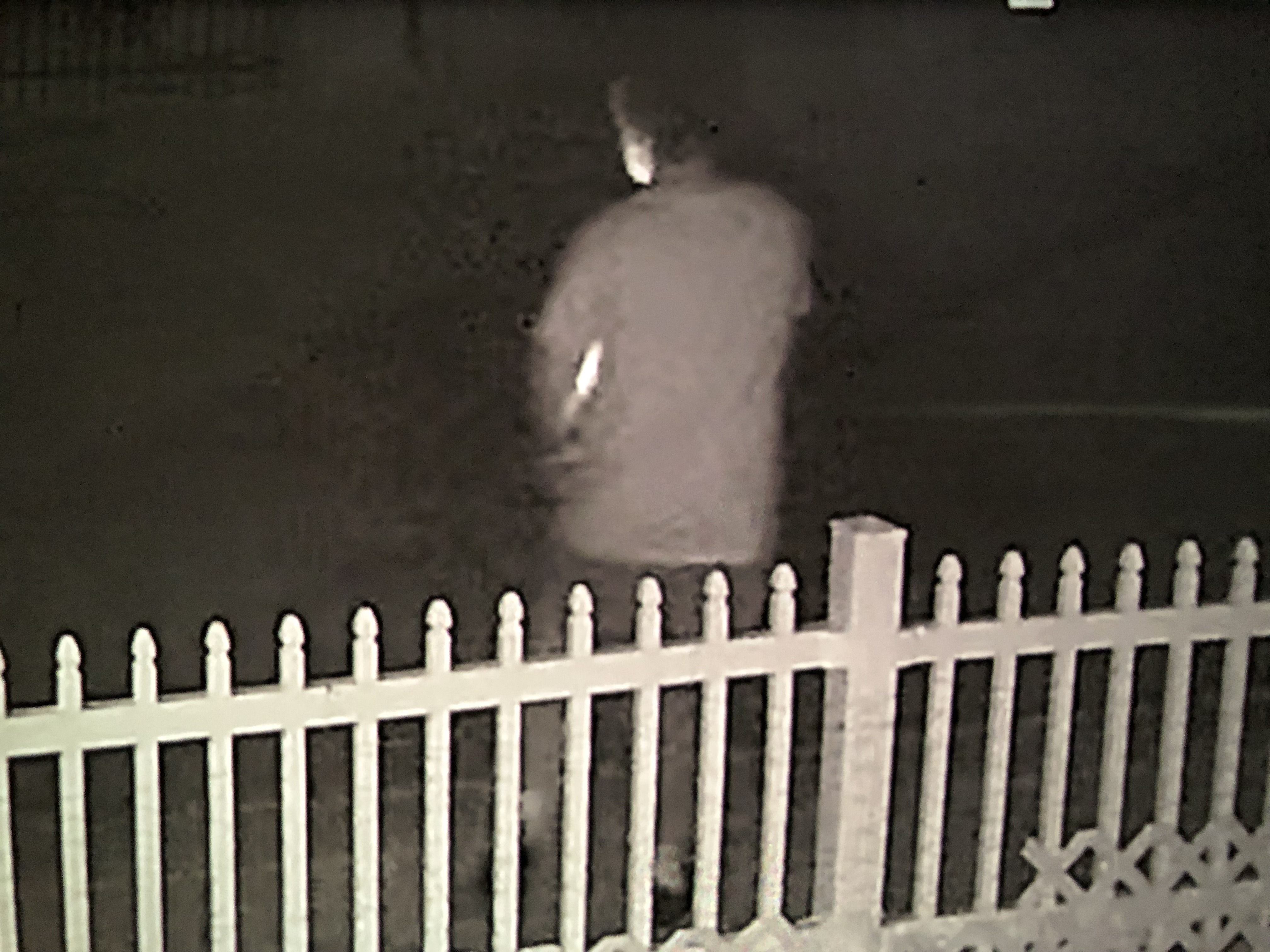 On July 13 Boise officers were contacted by a victim who needed to report their bike stolen.  The victim stated earlier that day an unknown individual had came onto their property off W. Bannock St. and had taken their Trek Mamba Mountain bike, which was not locked at the time.  Reviewing cameras in the area, officers observed a male approx.  5’8”, 170 lbs taking the bike around 815am.

Go to 343COPS.com to view pictures of the suspect and the bike.

If you have any information on this crime or the identity of the male suspect you can report it anonymously to Crime Stoppers at 208-343-COPS.