On Saturday May 7, just before 7am, officers responded to the report of a robbery at a pharmacy off W. Fairview Ave. in Boise.  Two suspects, who were described by witnessed as African American males, entered the pharmacy wearing black masks and hooded sweatshirts.  They jumped the pharmacy counter and demanded prescription drugs from the staff.  After obtaining the drugs the two males exited the location, proceeding north bound from the business on foot.

If you have any information on this crime or the identify of these males, you can report it anonymously to Crime Stoppers at 208-343-COPS. 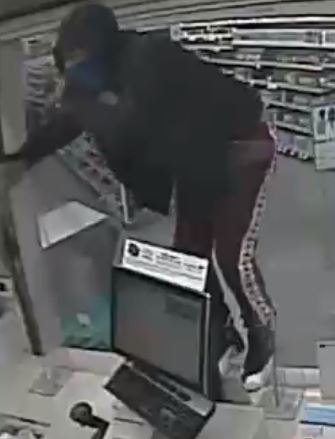 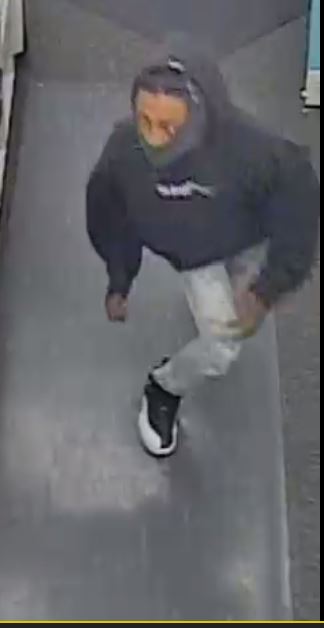 STATUS: ARRESTED
On April 28, just after 1130pm, officers responded to a burglary at a business in the 6600 block of S. Federal Way in Boise.  Video obtained during the investigation showed a white female smashing the glass front door and entering the closed business.  The female grabbed items and exited prior to officers arrival.  She is seen entering a white Ford Econoline van with graffiti style painting on the sides.
If you have any information on the female or the vehicle, call non-emergency dispatch at 208-37-6790 or report anonymously to Crime Stoppers at 208-343-COPS. 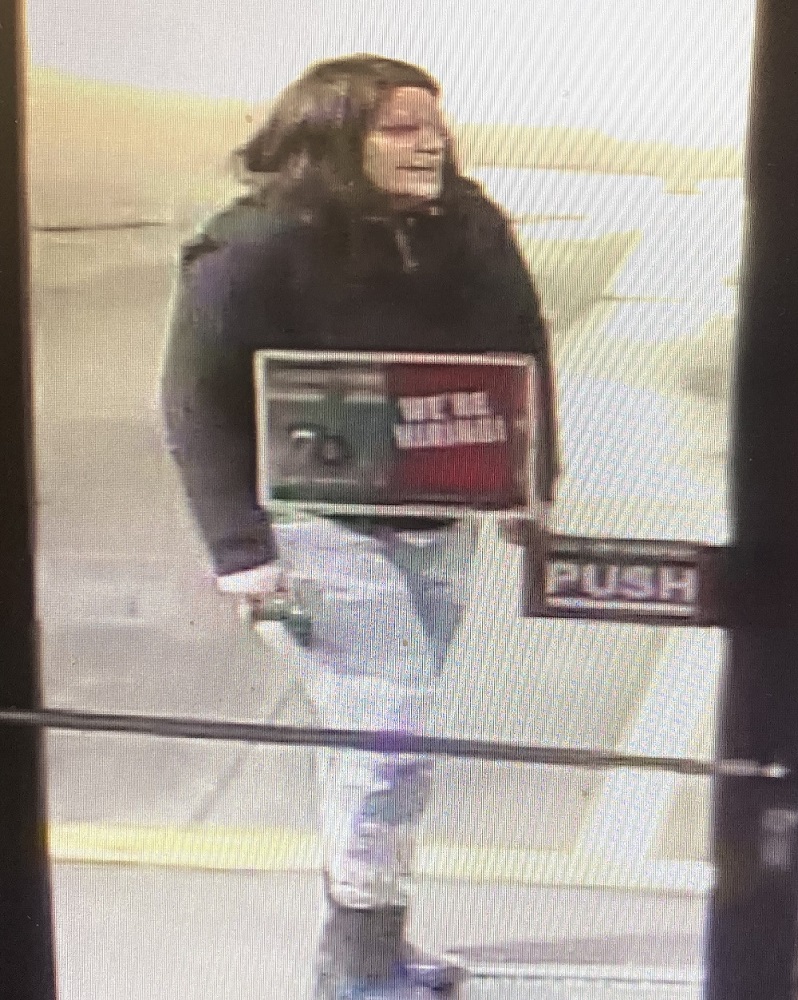 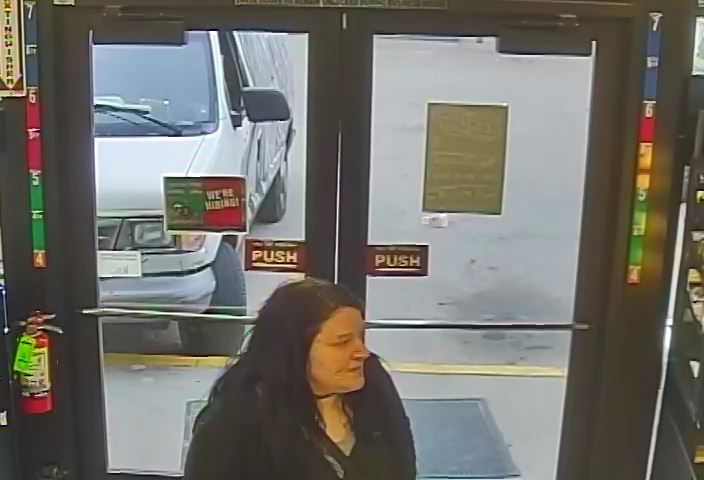 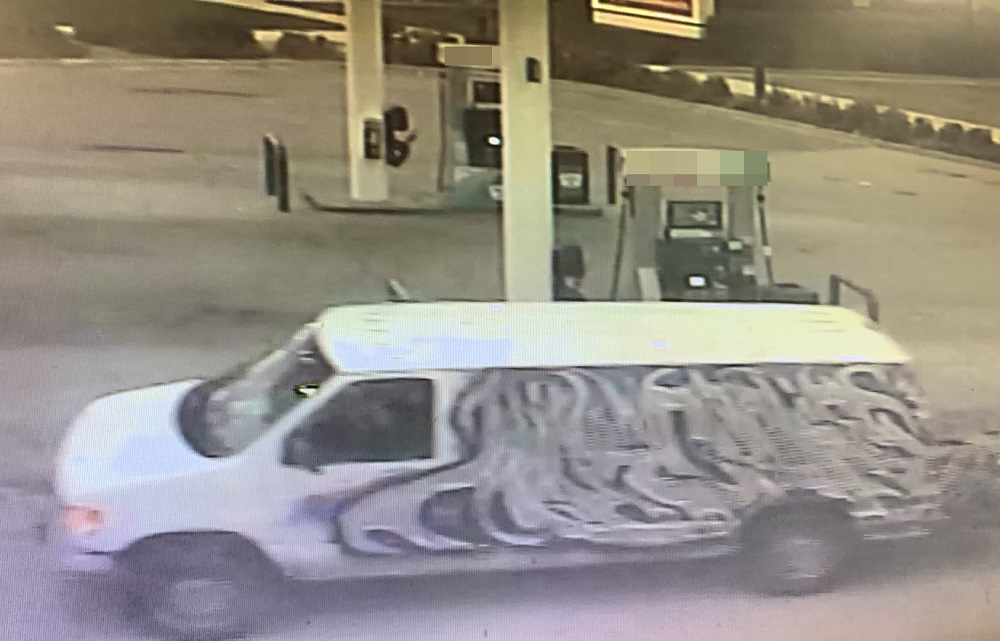 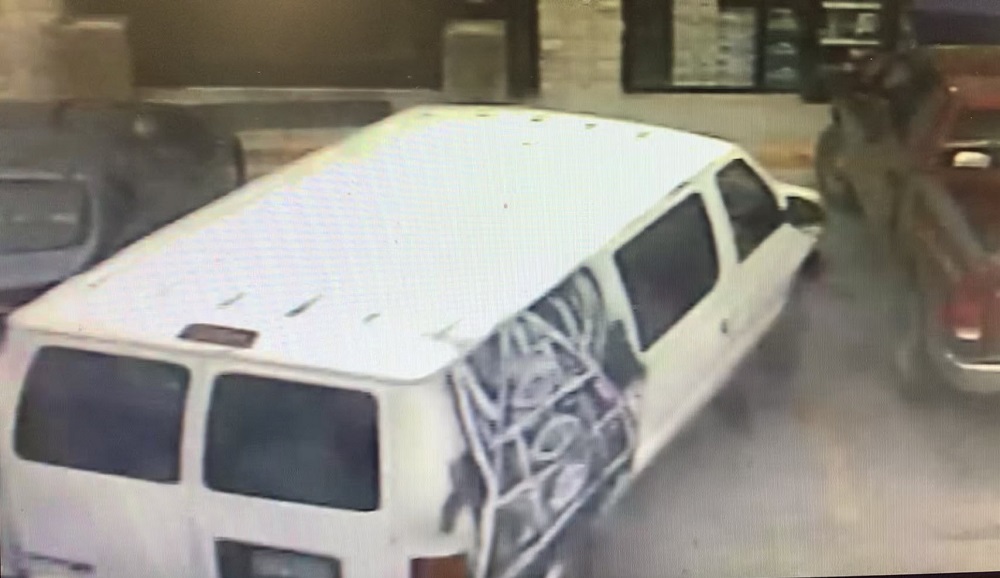 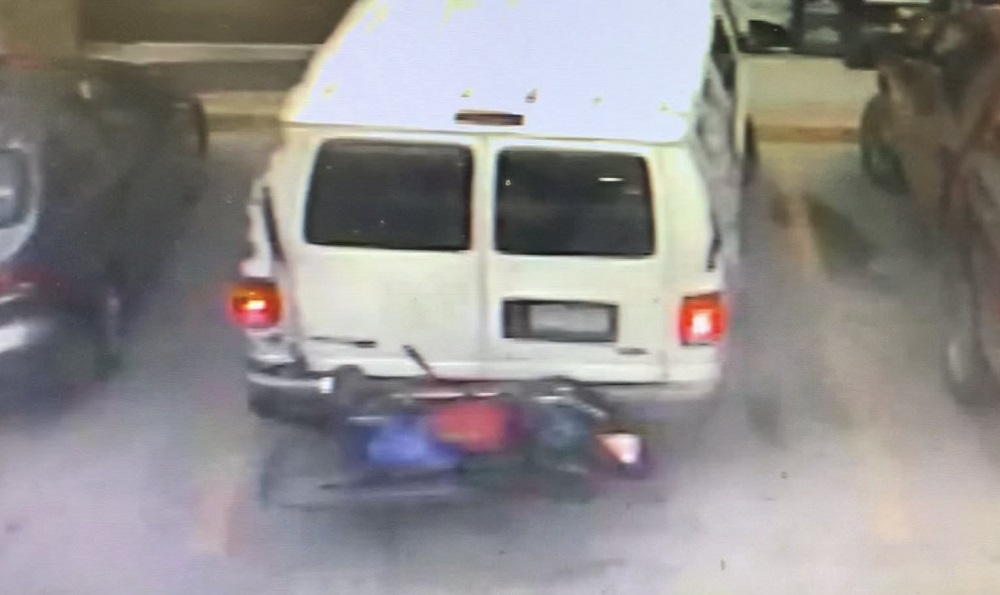 On April 9 at 8pm, officers responded to a report of an attempted break in at a home off W. Granger St. in Boise.  The victim stated he heard someone knock on the front door, shortly followed by a crash.  Going to the back door, the victim observed someone attempting to break into the residence.  Upon seeing the victim, the person ran from the backyard along with another male.  The victim was able to use their cell phone to record the male attempting to break in.

If you have any information on the identify of this male, you can report it anonymously to Crime Stoppers at 208-343-COPS. 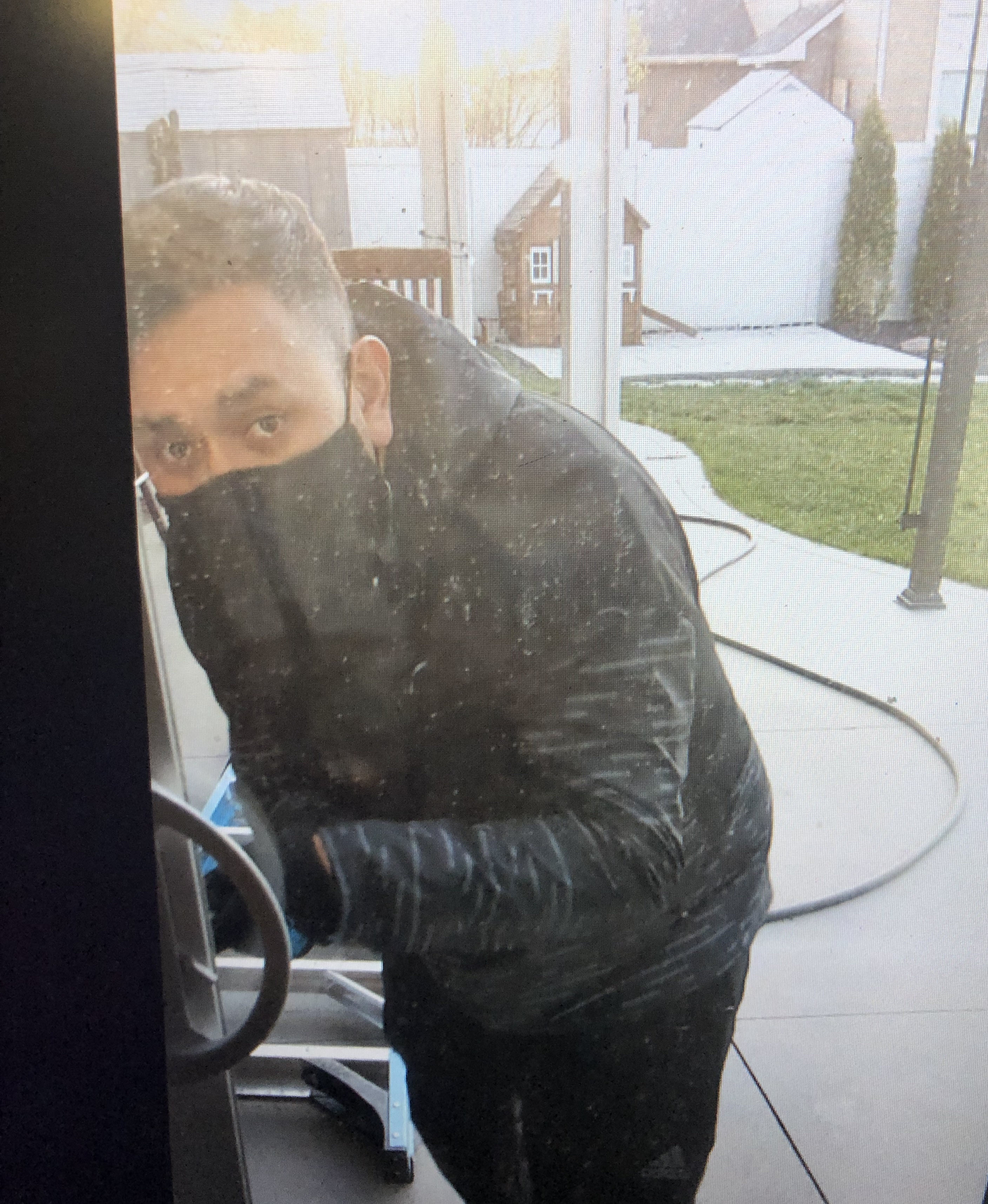 On March 7, Boise officers took a grand theft auto report from a business on W. Targee St. in Boise.  The victim reported a 12-passenger bus was taken overnight between March 6 and 7.  The bus was later recovered in Nevada.  While investigating the case, detectives were able to obtain video of a female subject associated to the theft.

If you have any information on the identify of this female or this case, you can report it anonymously to Crime Stoppers at 208-343-COPS. 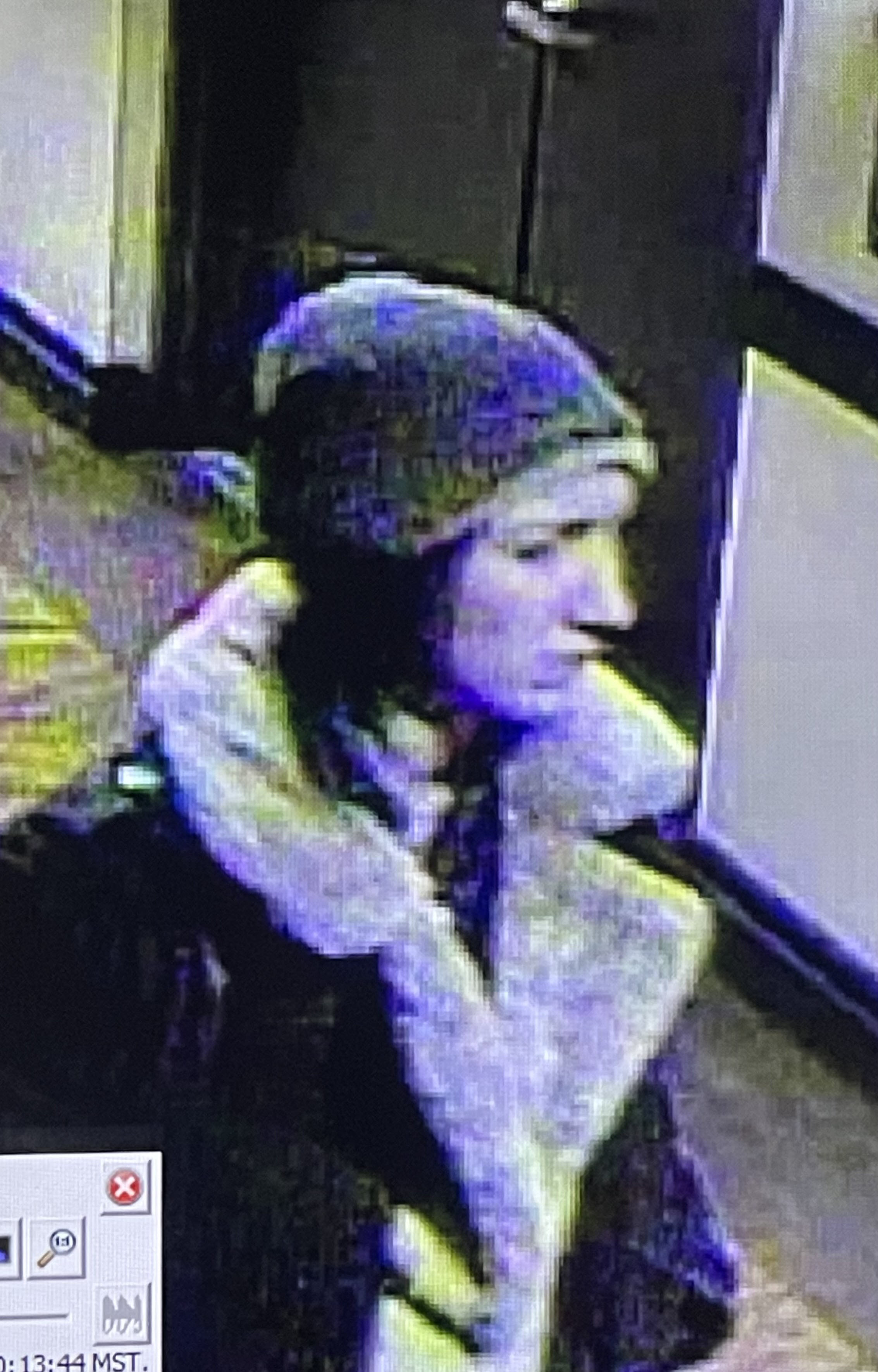 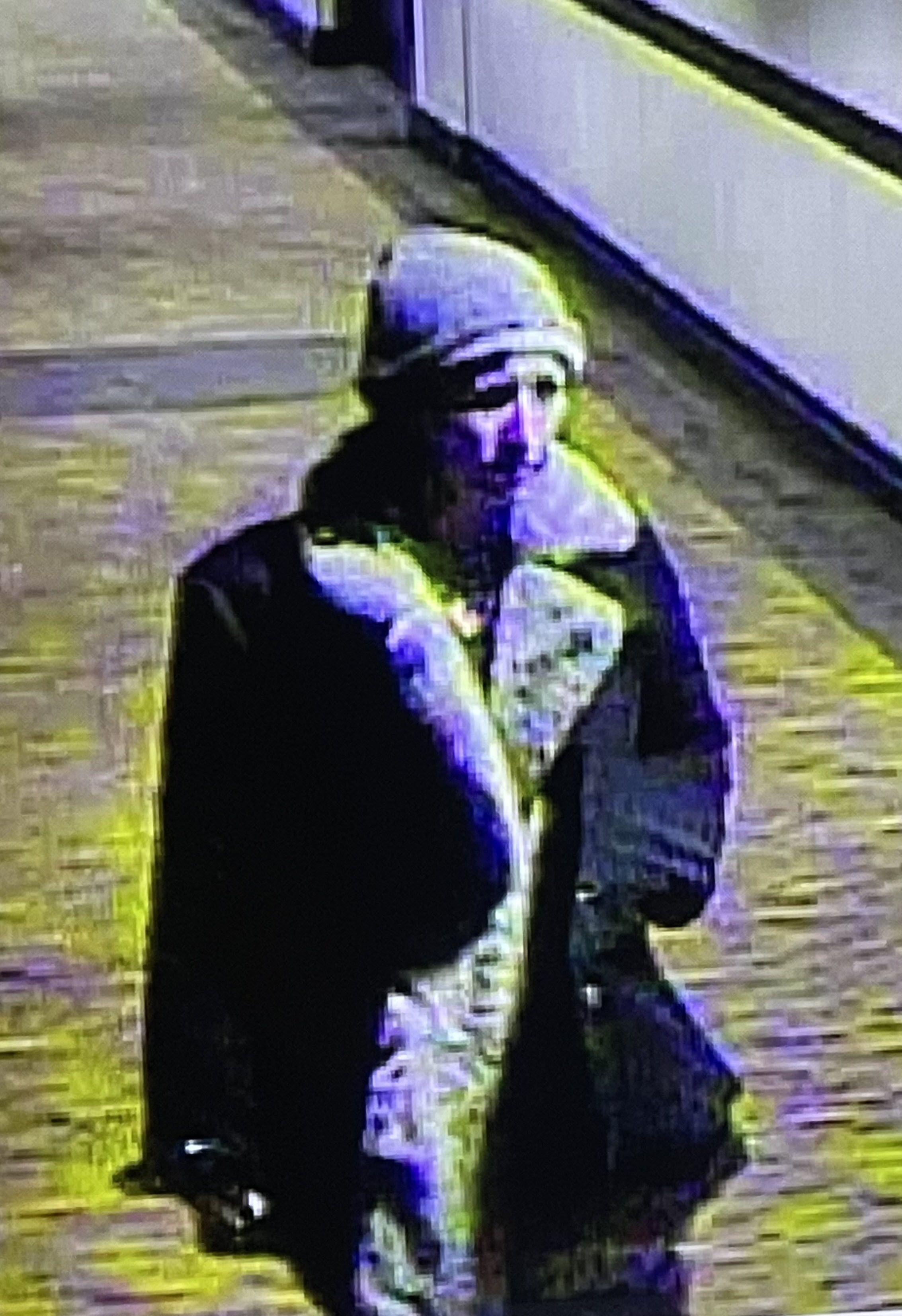 BPD Looking For Info on Vehicle That Drove Into a Building
April 08, 2022

On April 3, just before 7pm, a vehicle drove into a building in the 7800 block of W. Fairview Ave. in Boise.  The driver failed to stop and notify anyone of the damages to the building.  The business was able to provide officers pictures of the vehicle involved and its two occupants.  The vehicle appears to be a black Honda Fit or similar model.  While you can not clearly make out the license plate in the images provided, it appears to be an Ada County plate.  Also notice the unique details of the vehicle, such as the stickers in the back window.

Anyone with information is asked to submit a tip to Crime Stoppers. 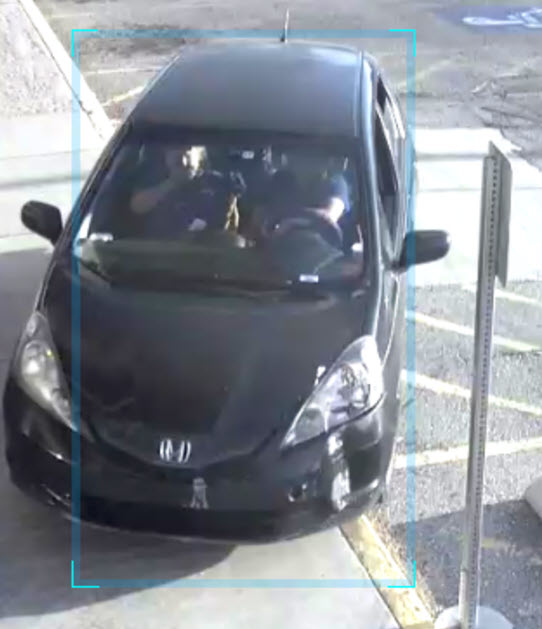 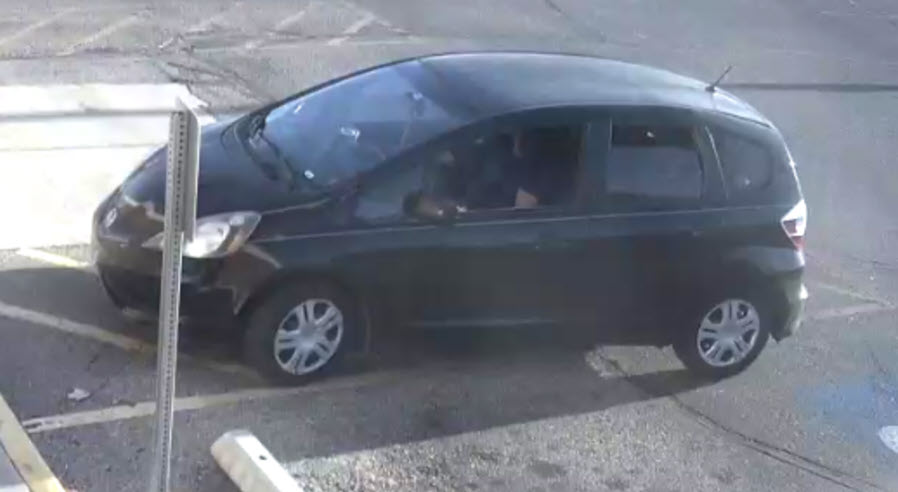 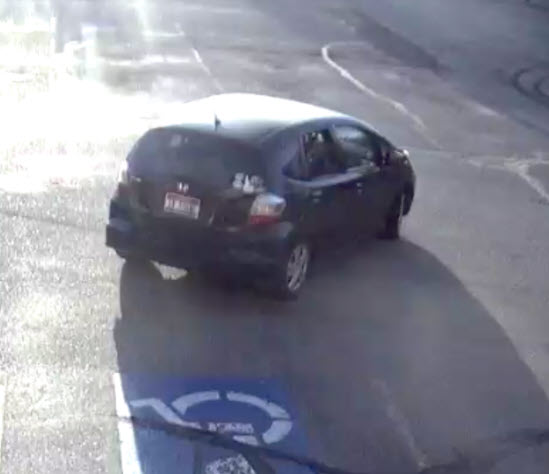 Boise Police is asking for your help in investigating thefts that happened on March 31 and April 1.

Sometime during the night of March 31 the victim had their trailer stolen from their residence off West Palouse St.  The trailer was later recovered, but it contents, a mobile coffee cart was missing.

Overnight on April 1 a separate victim had a large statue stolen from the yard of their residence on N 9th Street.

If you have any information on either of these crimes, you can report them anonymously by calling Crime Stoppers at 208-343-COPS (2677) or leaving a web tip at 343COPS.com 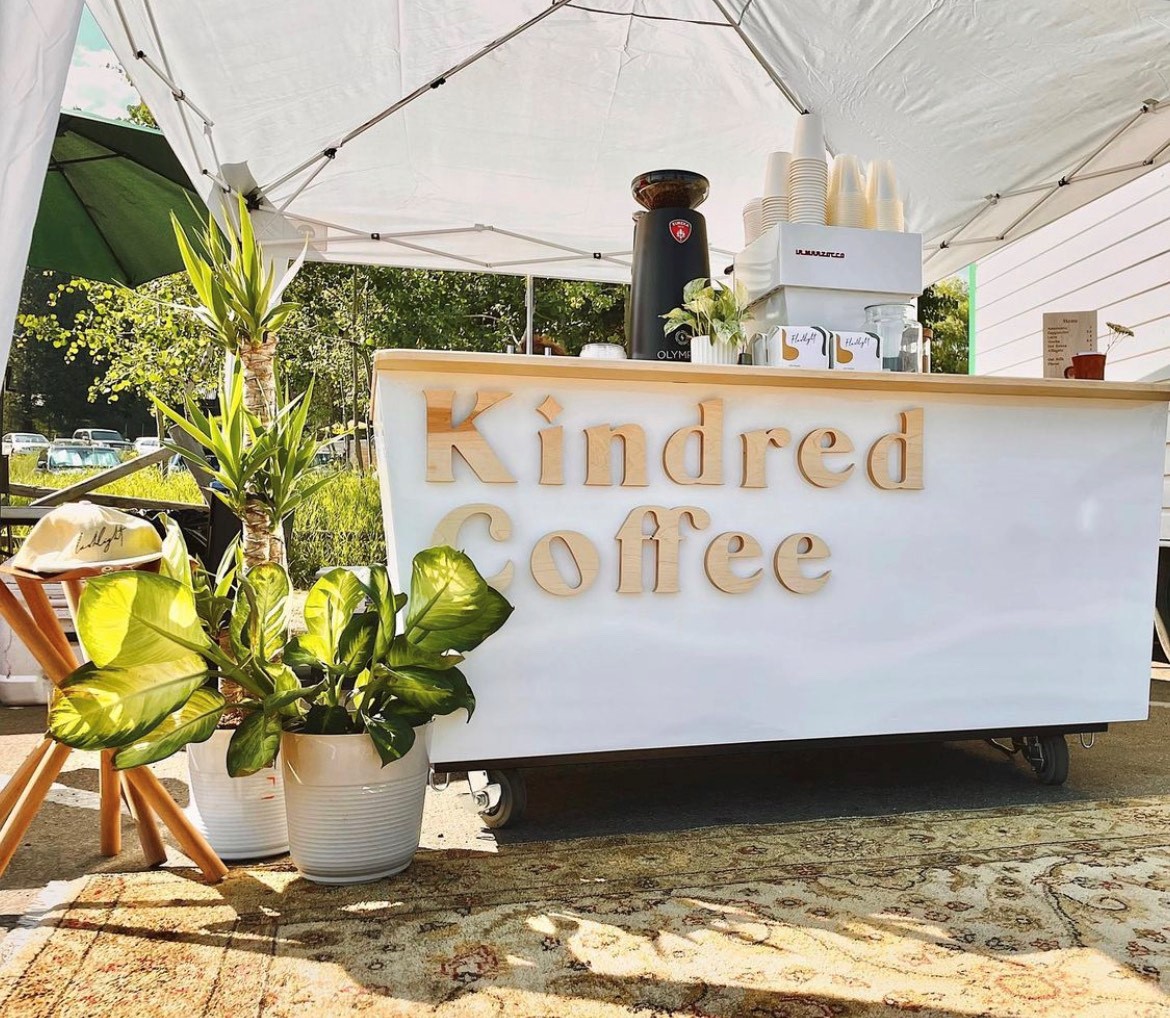 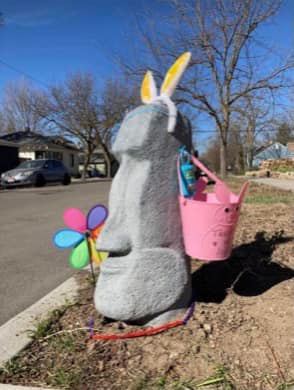 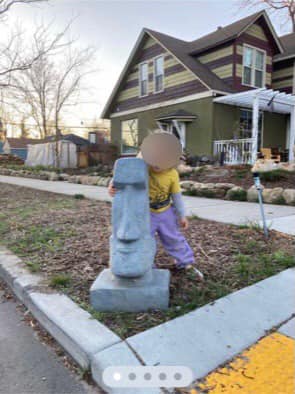 Around 9:45 pm on Friday, March 25, 2022, Boise Police were dispatched to a report of an armed robbery that occurred around 8:45 pm on the 4100 block of W. State Street.  Evidence shows a suspect entering the business and using a firearm to demand money from an employee.  The suspect was able to get away with cash from the business.  Officers searched the area for the suspect but were unable to locate him. Boise Police Victim Witness Coordinators responded as well as the Boise Police Violent Crimes Unit and an investigation is ongoing. At this time, Boise Police are asking anyone who recognizes the suspect’s voice or has information about the incident to please call police. The incident was captured on surveillance video which is included in this news release. Parts of the audio have been censored.

Suspect description: The suspect is described as a Hispanic male about six feet tall and 220 lbs. He was wearing a black hoodie with the hood pulled over his head and a black face mask.

Boise Police are investigating a commercial burglary after two individuals broke into a building and storage container at a business in the 2300 block of W. Airport Way on March 1.  Working with the victim, officers were able to obtain pictures of both male subjects from security video.
If you have any information on the identity of these two males, you can report it anonymously to Crime Stoppers of Southwest Idaho by calling 208-343-COPS (2677) or leaving a web tip at 343COPS.com. 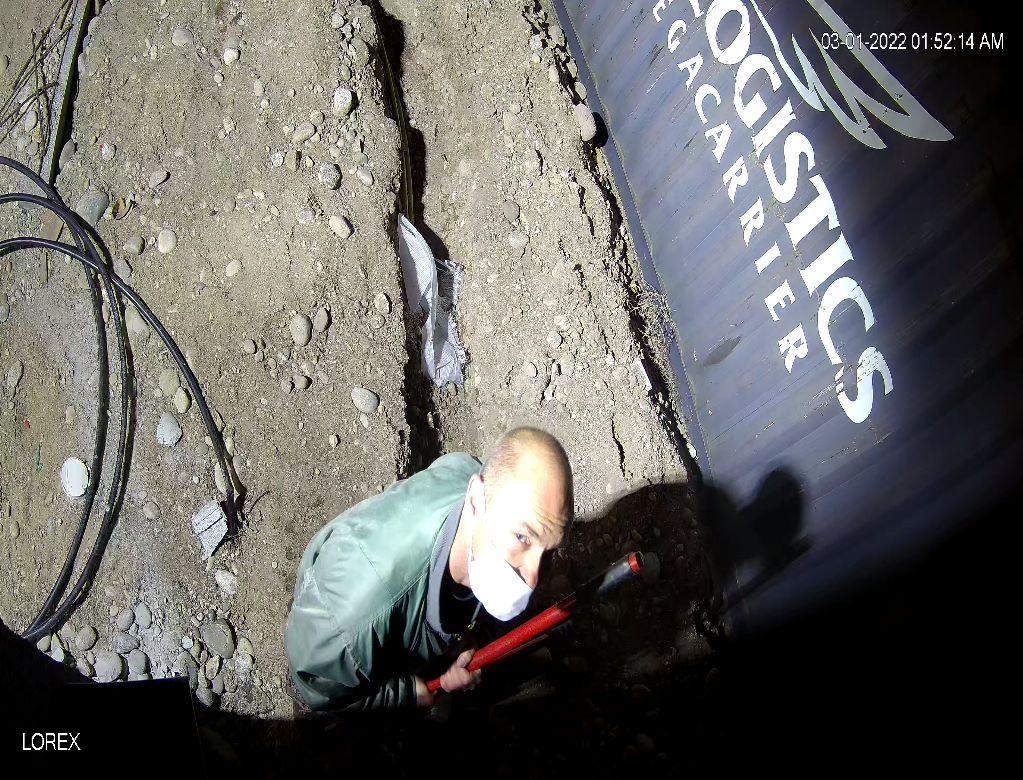 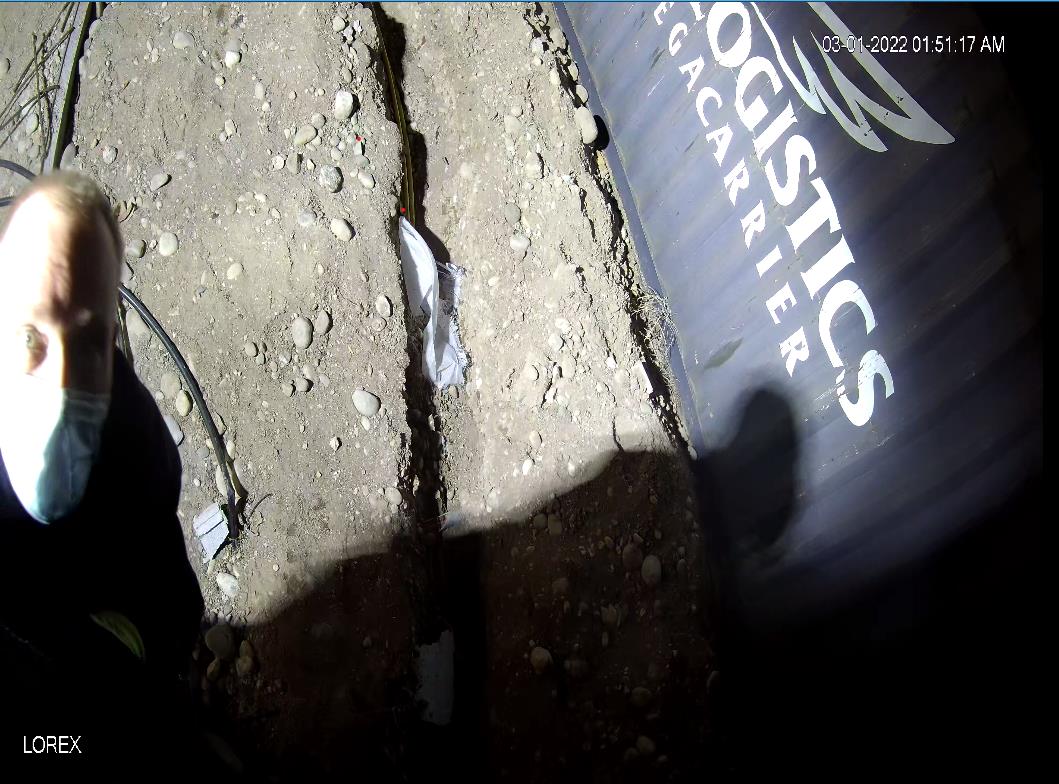 On March 14, Boise Officers took a report from a victim who had their luggage stolen from the baggage carousel at the airport.  The victim reported missing a flight back to Boise, but their bag arrived before they returned as it was check in and loaded on the missed flight.  When they arrived in Boise, the missing bag could not be located.

Officers were able to obtain images of a female taking the victims bag and leaving the airport.  Inside the airport garage, the female gets into an older white SUV similar to a Chevy Blazer and exits the airport property.

If you have any information about the identify of this suspect, you can report it anonymously to Crime Stoppers by calling 208-343-COPS (2677) or leaving a web tip at 343COPS.com 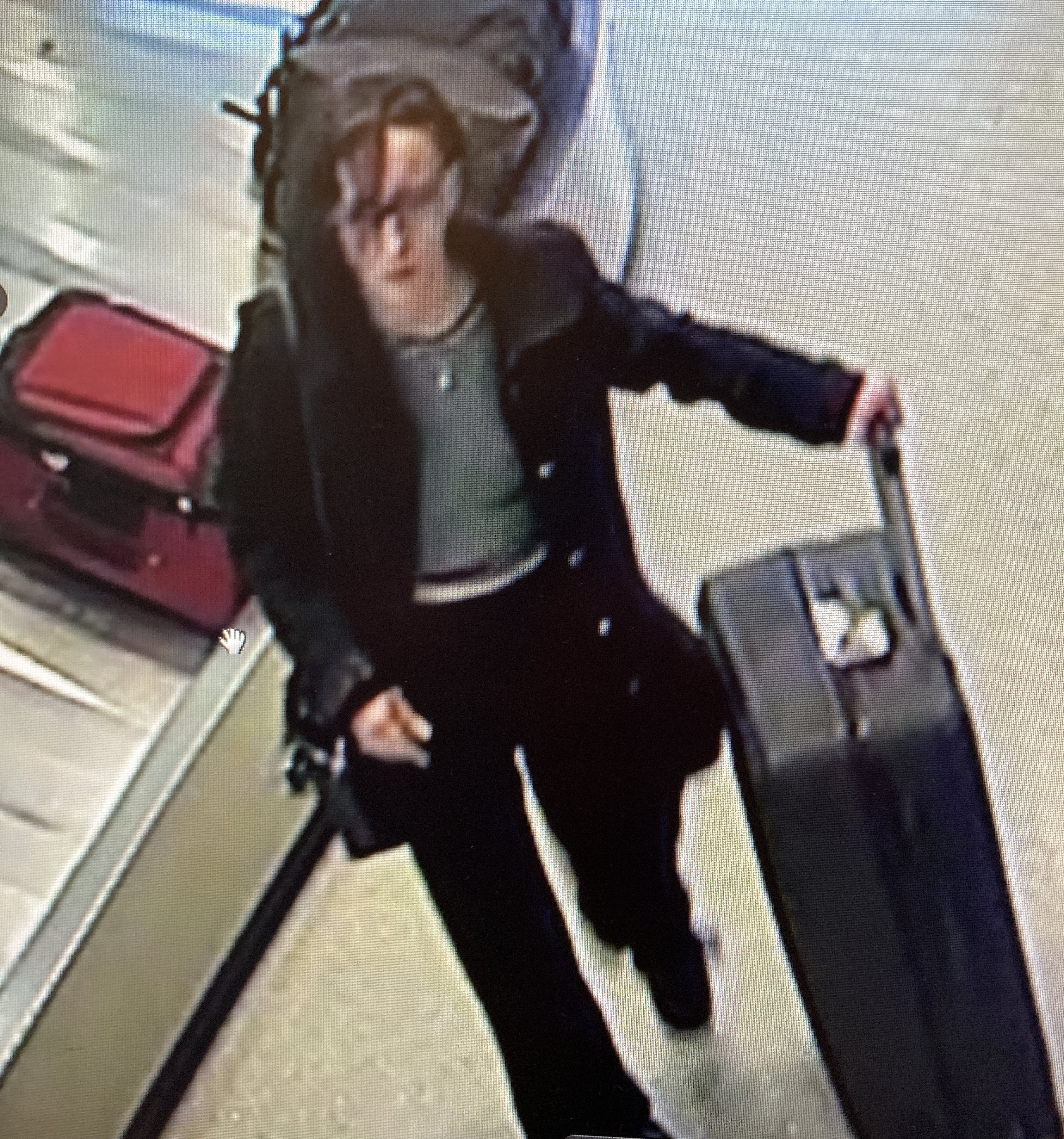 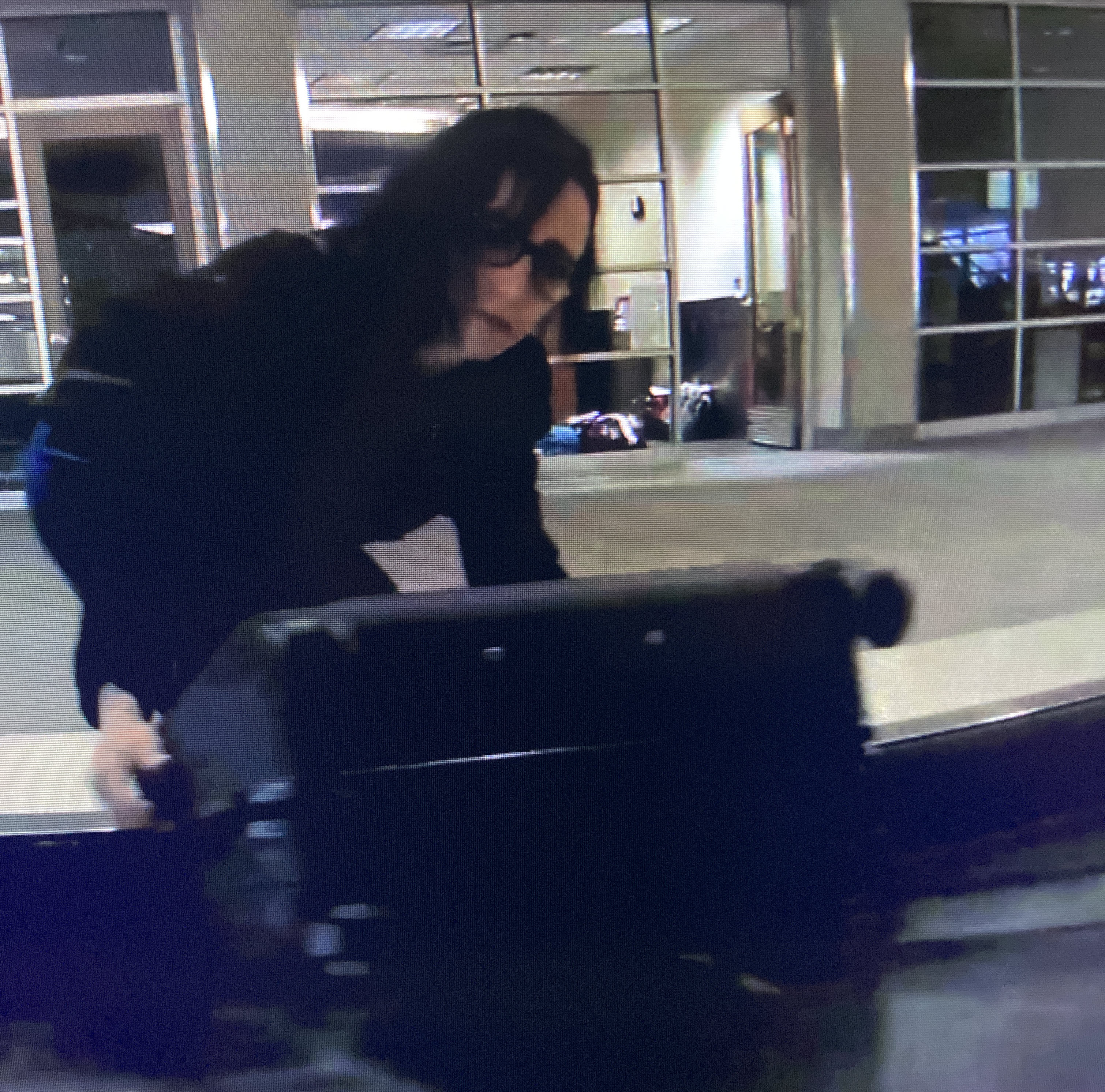 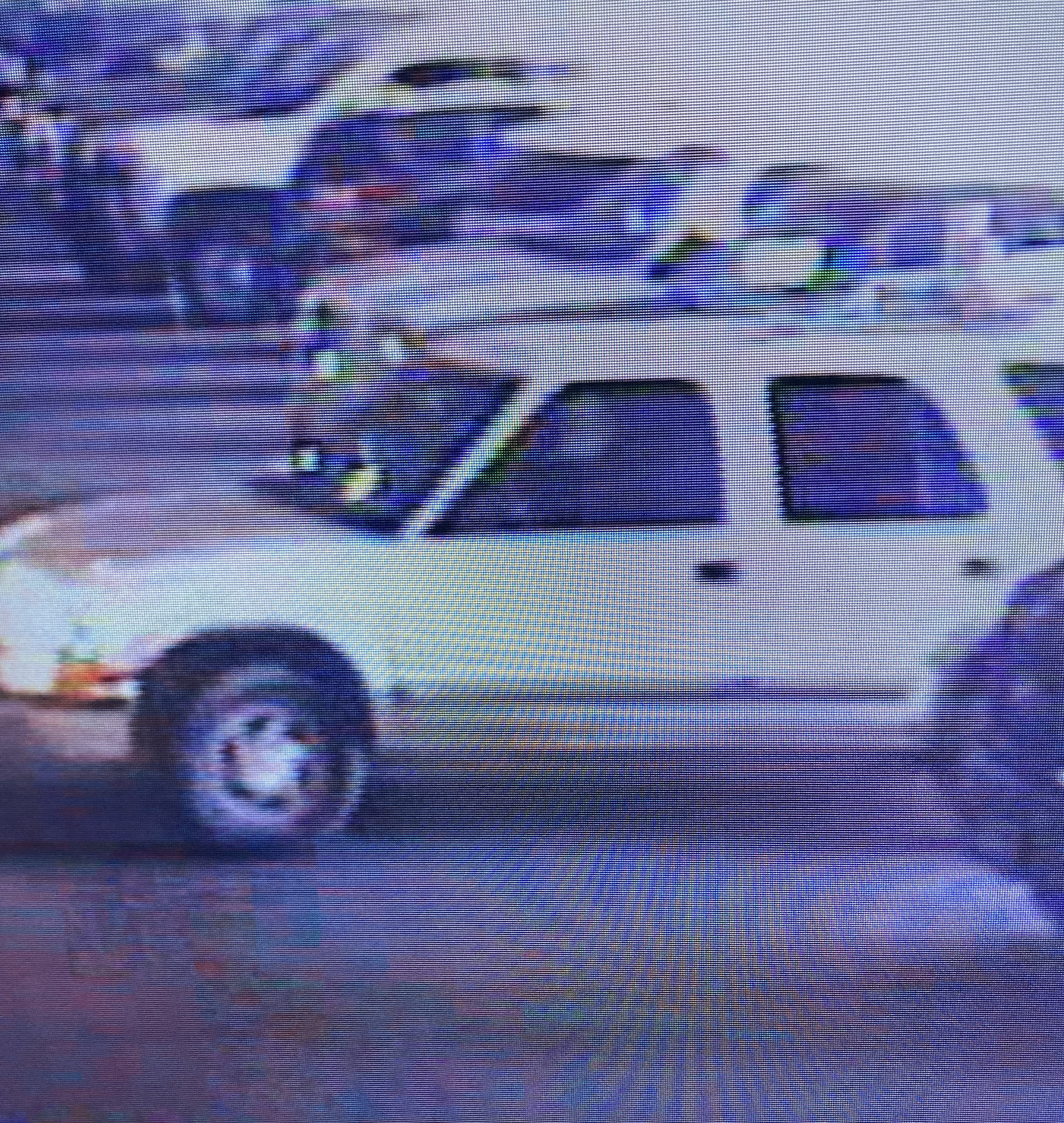 The suspect is believed to be a white male adult around 5’8” and 170lbs.  He was carrying a backpack with bolt cutters sticking out of it.

If you have any information about the identify of this suspect, you can report it anonymously to Crime Stoppers by calling 208-343-COPS (2677) or leaving a web tip at 343COPS.com

As the weather grows warmer, police receive more reports of stolen bikes, especially from downtown Boise.  We encourage you to always secure your bike with a U-Lock, even if you are leaving it for just a few minutes.  To help officers and the community locate your bike if it is lost or stolen, register it a www.BIKEINDEX.org. 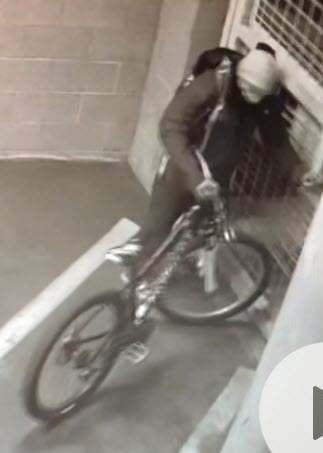 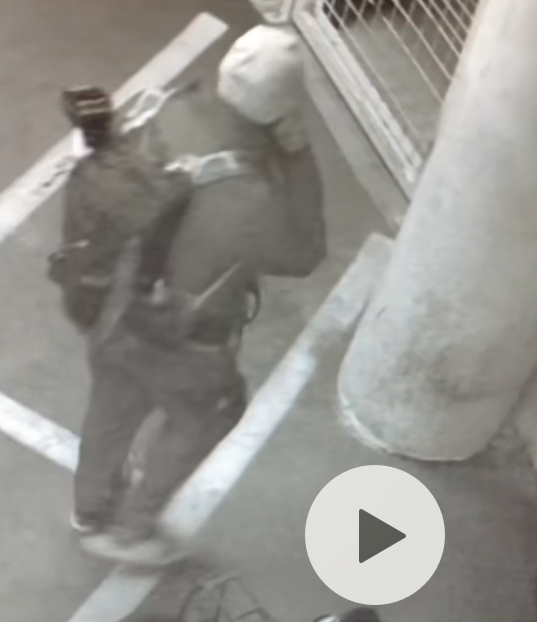 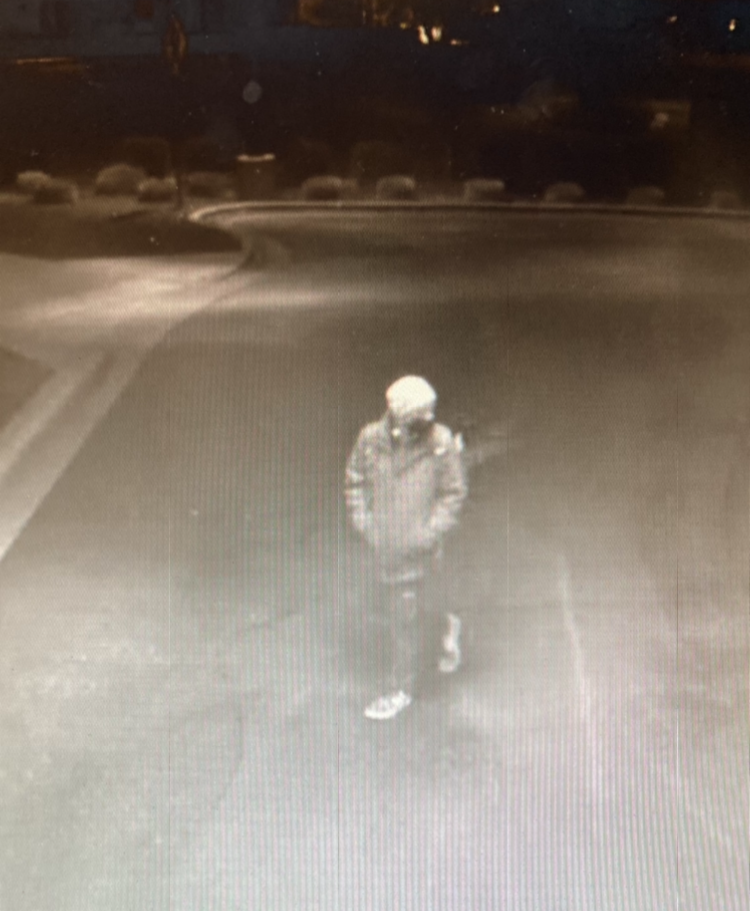