On Jan 31, 2022 Boise officers received a report of a vehicle burglary in the 8500 block of W. Fairview Ave.  The victim reported their unlocked vehicle was entered in the early morning hours and multiple items were taken.  The items included the victim’s wallet, which contained their credit cards.  The victim’s credit cards were used for purchases in Idaho and Oregon.

Officers were able to obtain pictures of three males connected to those transactions.

If you have any information on the identify of these males, you can leave an anonymous tip with Crime Stoppers of Southwest Idaho at 343COPS.com or by calling 208-343-COPS (2677). 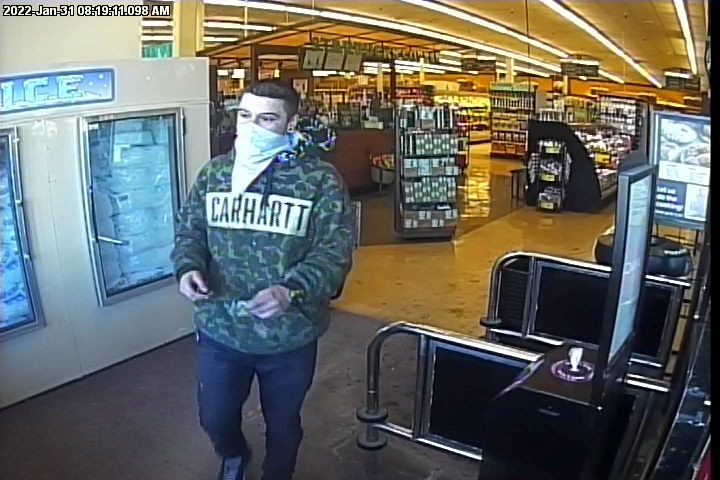 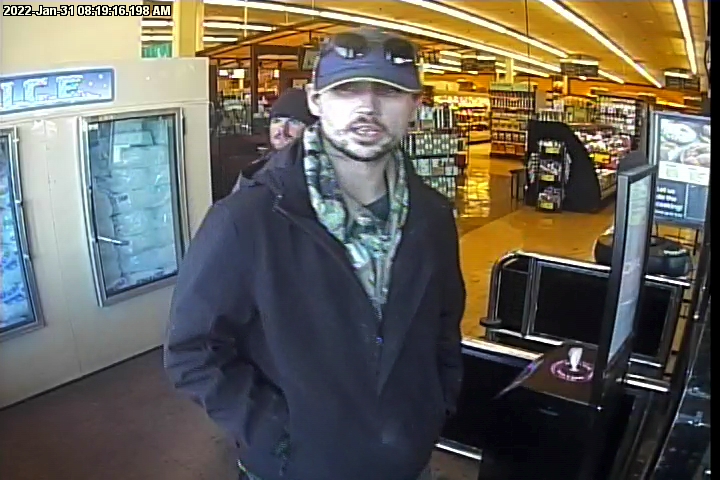 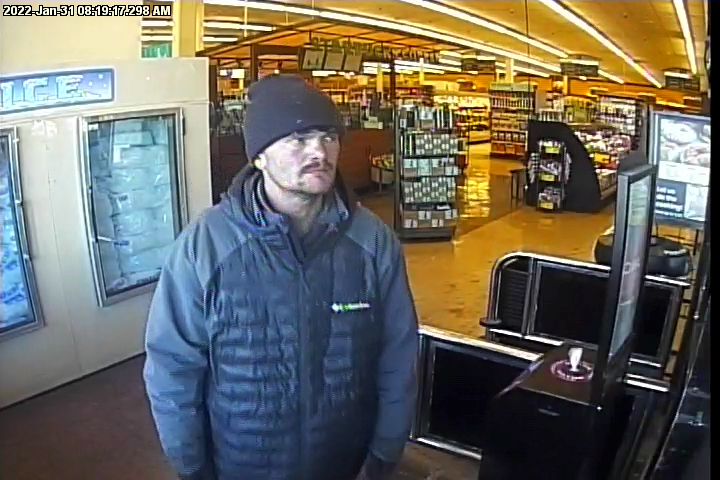 A victim reported their vehicle was broken into in early December while they were away on vacation.  They received a fraud alert, notifying them of fraudulent transactions took place on their credit card.

Officers were able to obtain pictures from a local retailer of a male making a large purchase and attempting to use the card for others.

He is a white male adult, wearing a black baseball cap, grey hooded sweatshirt, and sweatpants.

If you have any information on the identify of this male, you can leave an anonymous tips with Crime Stoppers of Southwest Idaho at 343COPS.com or by calling 208-343-COPS (2677). 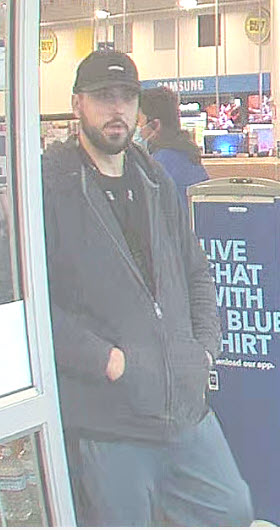 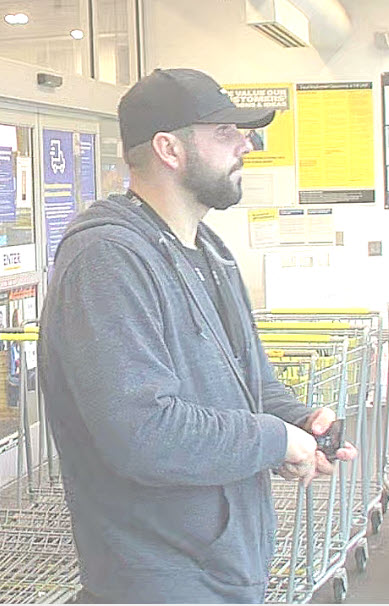 On Monday January 24, multiple reports where received in the area of two males stealing wallets from purses inside retail stores.  One male would distract the shopper, while the other would quickly remove the victim's wallet from their purse.  The victim's credit card were quickly used at other retail locations to make purchases.
If you have any information on these crimes, report it to Crime Stoppers by calling 208-343-COPS.
Officers encourage shoppers to not leave purse open and unattended in shopping carts.  Carry your purse on your body, with the strap over your neck and shoulder. 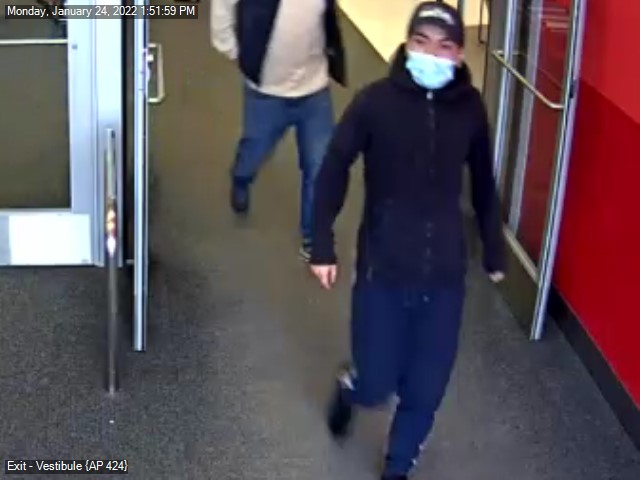 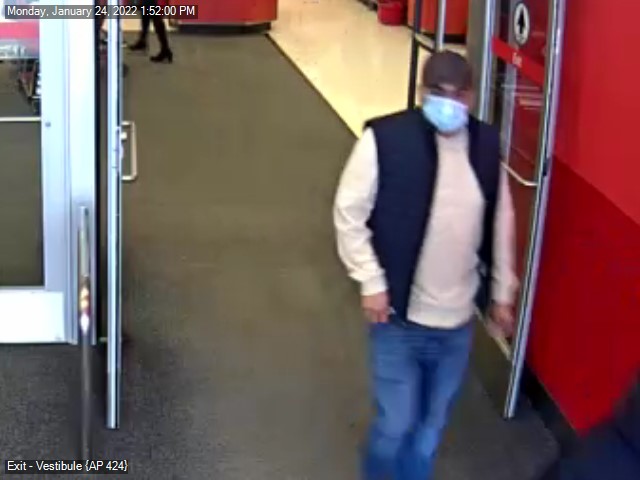 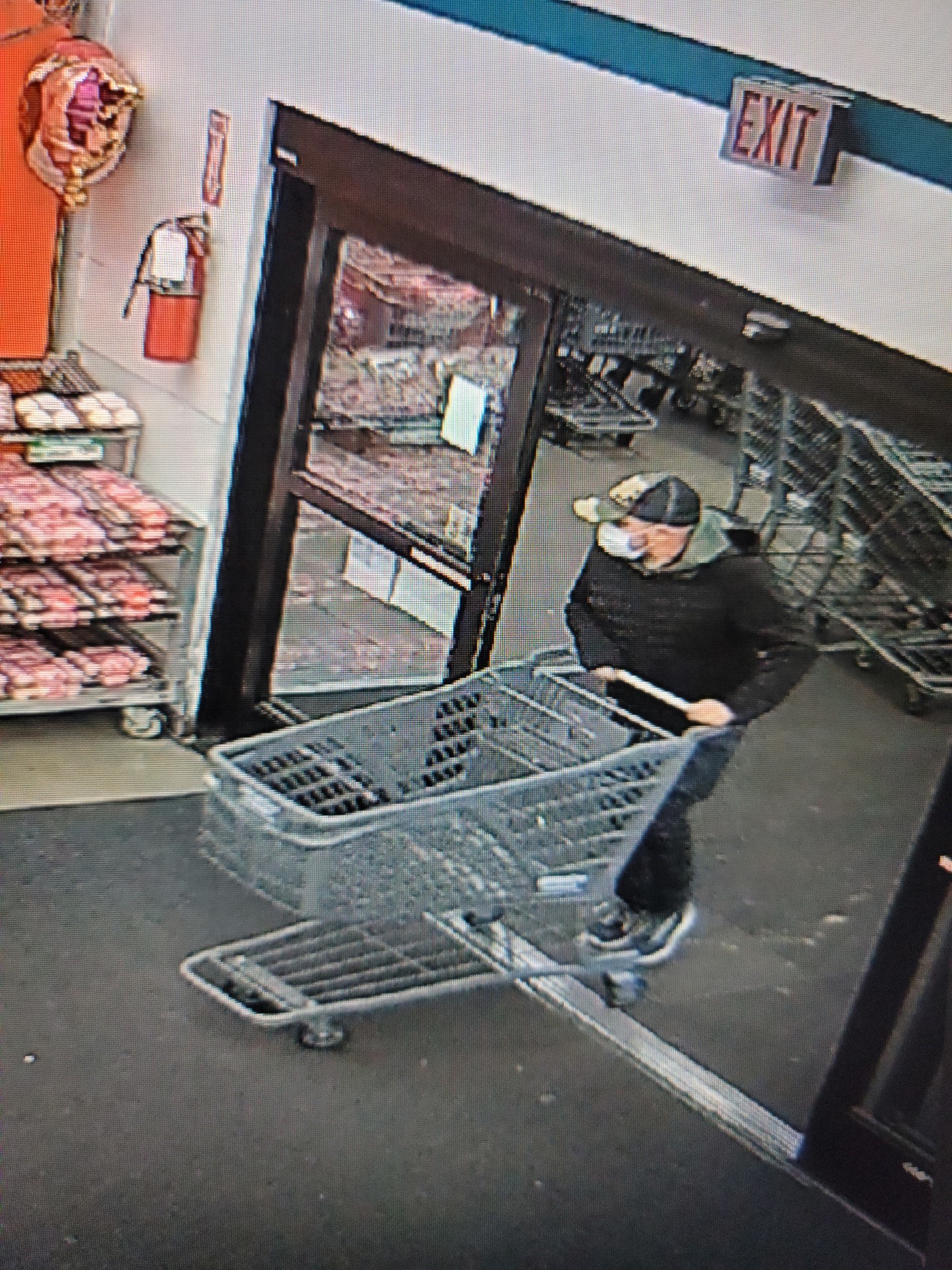 On Saturday Jan. 22 and Sunday Jan. 23, officers took multiple reports of car windows being smashed and items taken from Kathryn Albertson’s Park and the Youth Optimist Fields in Boise.  In these thefts purses and wallets were taken and the victims credit cards were used to make over $12,000 of purchases.

If you have any information on these crimes and who may be responsible, you can leave a tip with crime stoppers at 343-COPS.

When visiting area trailheads, parks, or other recreation destinations, we encourage you to not leave your wallet or purse behind in your vehicle. Take it with you or leave your wallet/purse at home and only take the essentials you need like a driver’s license and keys. 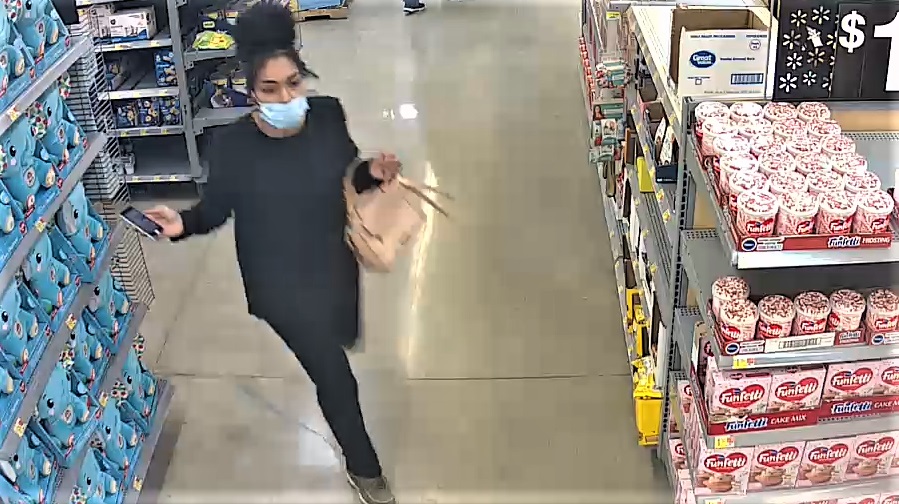 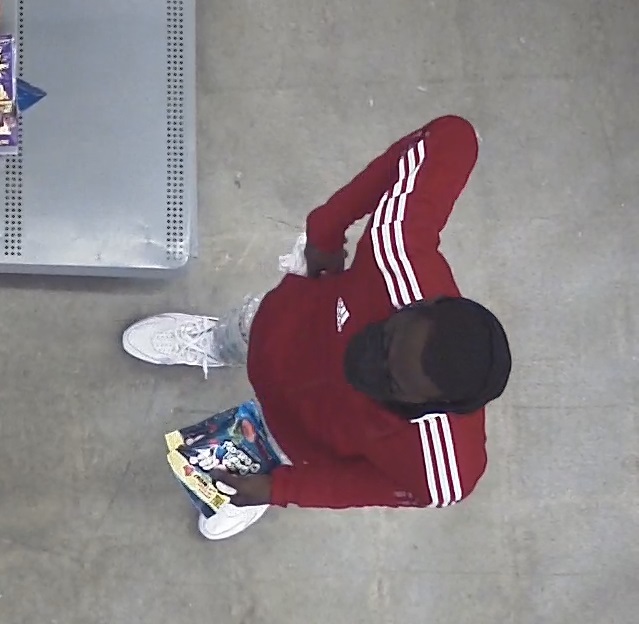 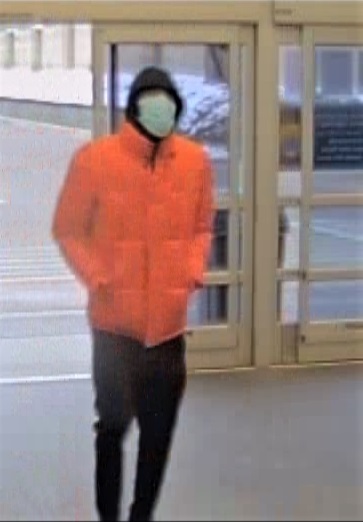 Since Oct 1, Boise Officers have taken over 40 reports of catalytic converters stolen from vehicles.

A catalytic converter is part of the exhaust system under your car that converts hazardous exhaust into less harmful gasses.  During the pandemic the prices of the metals in a converter have skyrocketed creating an incentive for criminals to commit thefts.  With the right tool your catalytic converter can be removed in less than two minutes.

Most of the crimes have happened in business parking lots overnight, but there have also been reports from apartment complexes.  A victim will typically know something is wrong when they start their vehicle and it sounds very loud, like the muffle is missing.

You can do things, such as install anti-theft devices to make your converter more difficult to steal and mark or etch them making them easier to track down if they are stolen.

If you have a place to secure your vehicle overnight, like your garage or other well-lit secured area, you can reduce the chances of becoming a victim.

If you have any information on individuals stealing or buying stolen catalytic converters you can report this anonymously to Crime Stoppers at 208-343-COPS (2677).

Boise Police Asking For Information On A Robbery
January 07, 2022

Officers responded to the report of a robbery that occurred off W. Boise Ave. on Tuesday January 4, just after 8pm.  Through the course of the investigation officers learned the two victims had arranged to meet someone to purchase an item found for sale on Craigslist.  The male they met displayed a weapon and took an undisclosed amount of cash before fleeing the area.

The suspect is described as a WMA, approx. 20-25 years old, around 6 ft. tall, wearing dark clothing, a black baseball hat, and a white facemask.

When buying and meeting people for an online sale:

On December 12, officers responded to the report of a residential burglary in the 2600 block of W. Fairview Ave.  The victim reported a large amount of cash and jewelry was taken in the theft.  Officers were able to obtain video of a female involved and a vehicle connected to the theft. 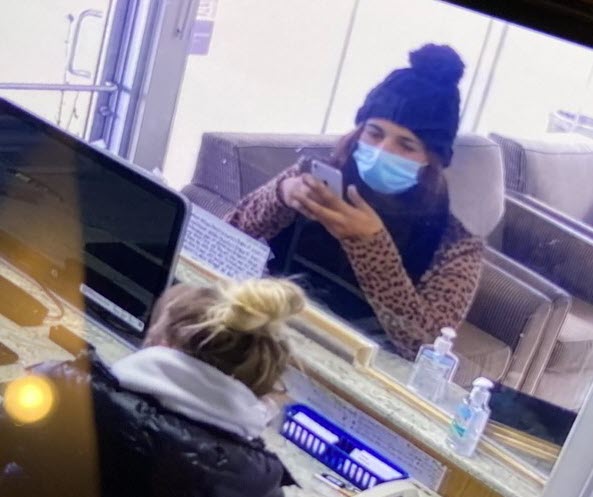 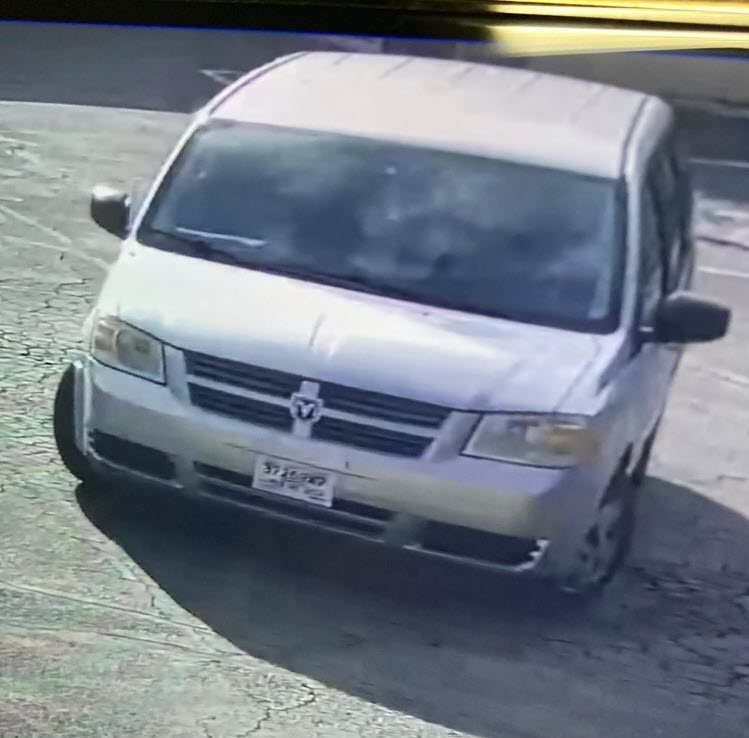 On December 10, officers took a report of a theft from a doorstep in the 800 block of N. 27th street in Boise.  The theft was captured on the victim’s video doorbell.  Video shows a male walking by the address when he spots the package on the doorstep.  He reaches down to grab the package when he notices the video doorbell.  He leaves, only to reappear seconds later with his face covered and takes the package.

If you have any information on the identity of the subject, you can leave an anonymous tip with Crime Stoppers at www.343COPS.com or by calling 208-343-COPS (2677). 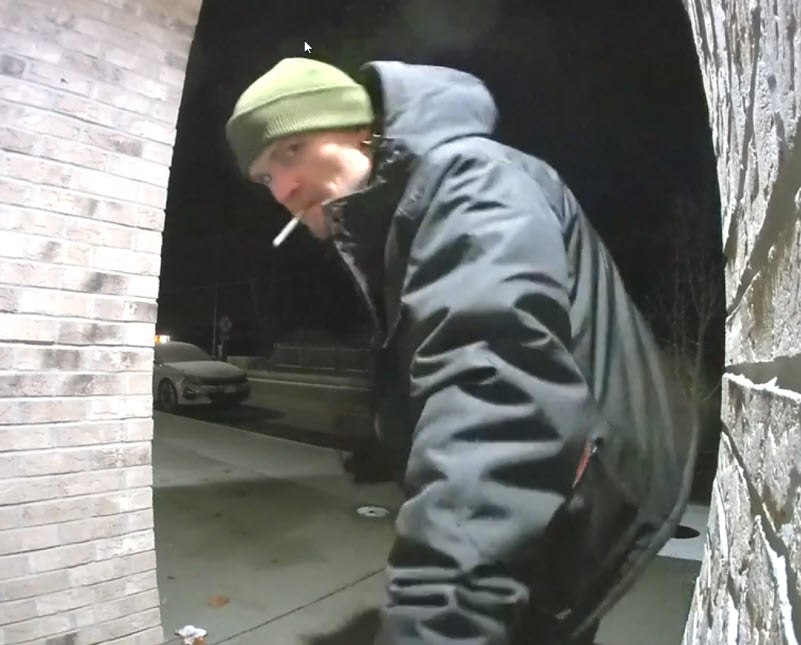 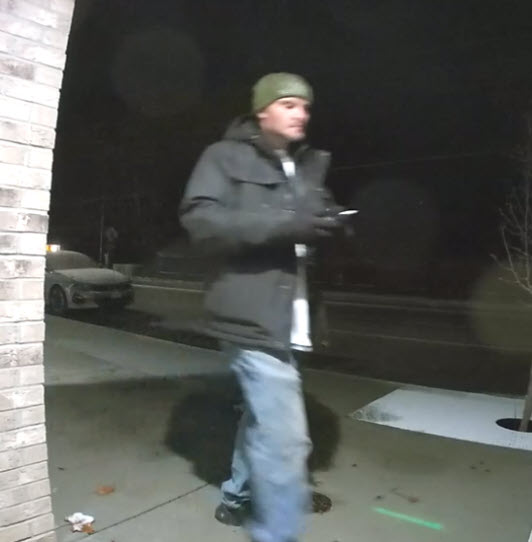 On December 1, a victim left their wallet on the counter of a business in the 2600 of S. Orchard in Boise after completing a purchase.

The next day on December 2, the victim was alerted to a transaction at a business in Nampa on one of the credit cards that was in the lost wallet.

Officers were able to obtain video of a male subject leaving the Boise business with the victim’s wallet.  Video was also captured of the vehicle the male was driving, a white early 2000 Jeep Cherokee with a black rack and light bar.

To view pictures of the suspect and his vehicle go to 343-COPS.com and click on unsolved crimes.

If you have any information on the identity of the subject or the vehicle, you can leave an anonymous tip with Crime Stoppers at www.343COPS.com or by calling 208-343-COPS (2677). 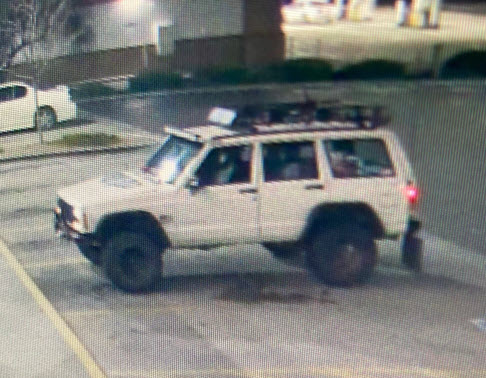 On Nov. 24, officers took a grand theft report at an address in the 8600 block of W. Fairview Ave. in Boise.  Video was captured from Nov. 23 of the theft of three catalytic converters from vehicles in a parking lot.  The suspects were seen arriving just after 830pm in what appears to be a Mitsubishi Eclipse 2 door hatchback.

If you have any information on the identity of the subjects or the vehicle, you can leave an anonymous tip with Crime Stoppers at www.343COPS.com or by calling 208-343-COPS (2677). 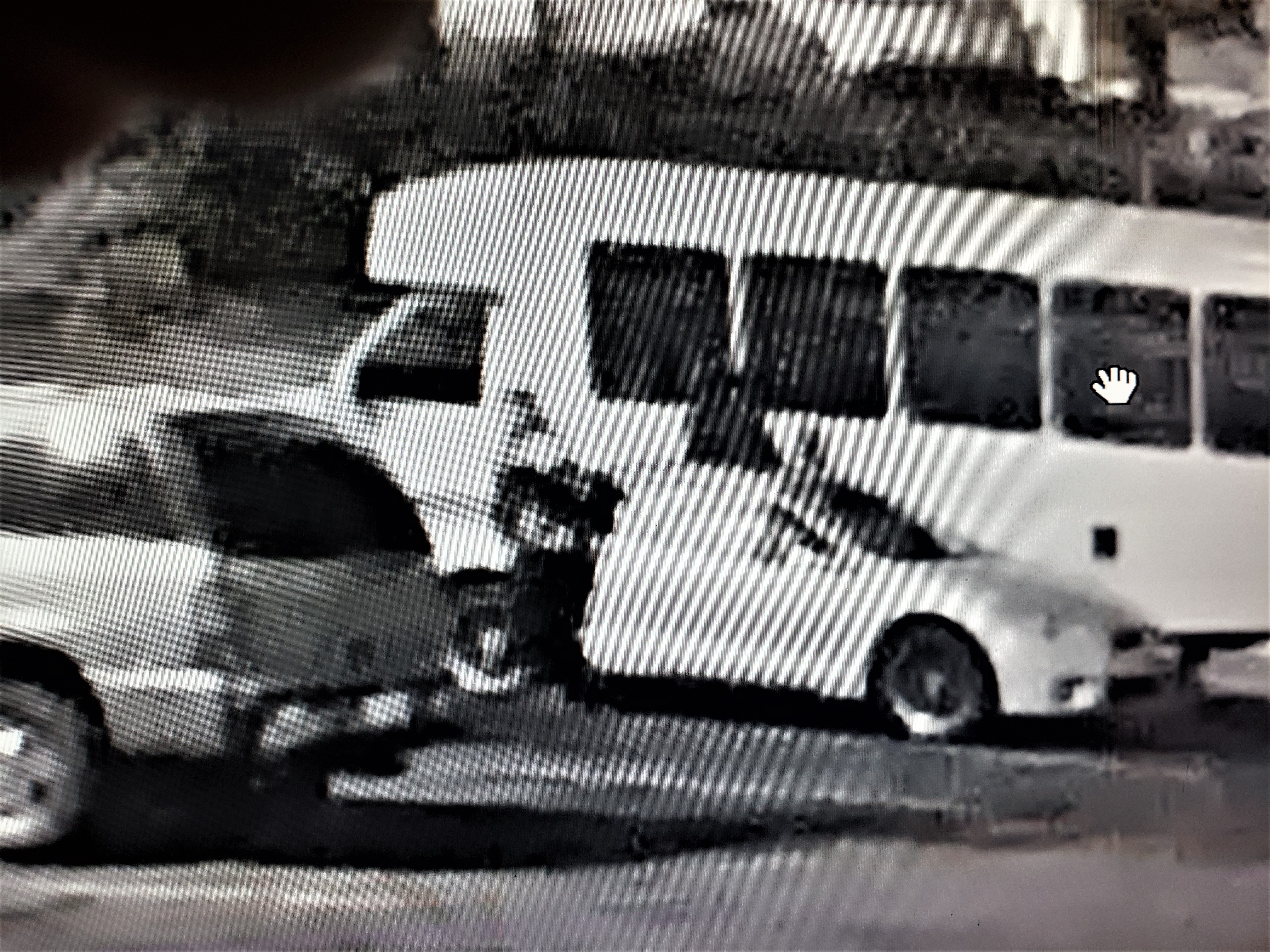 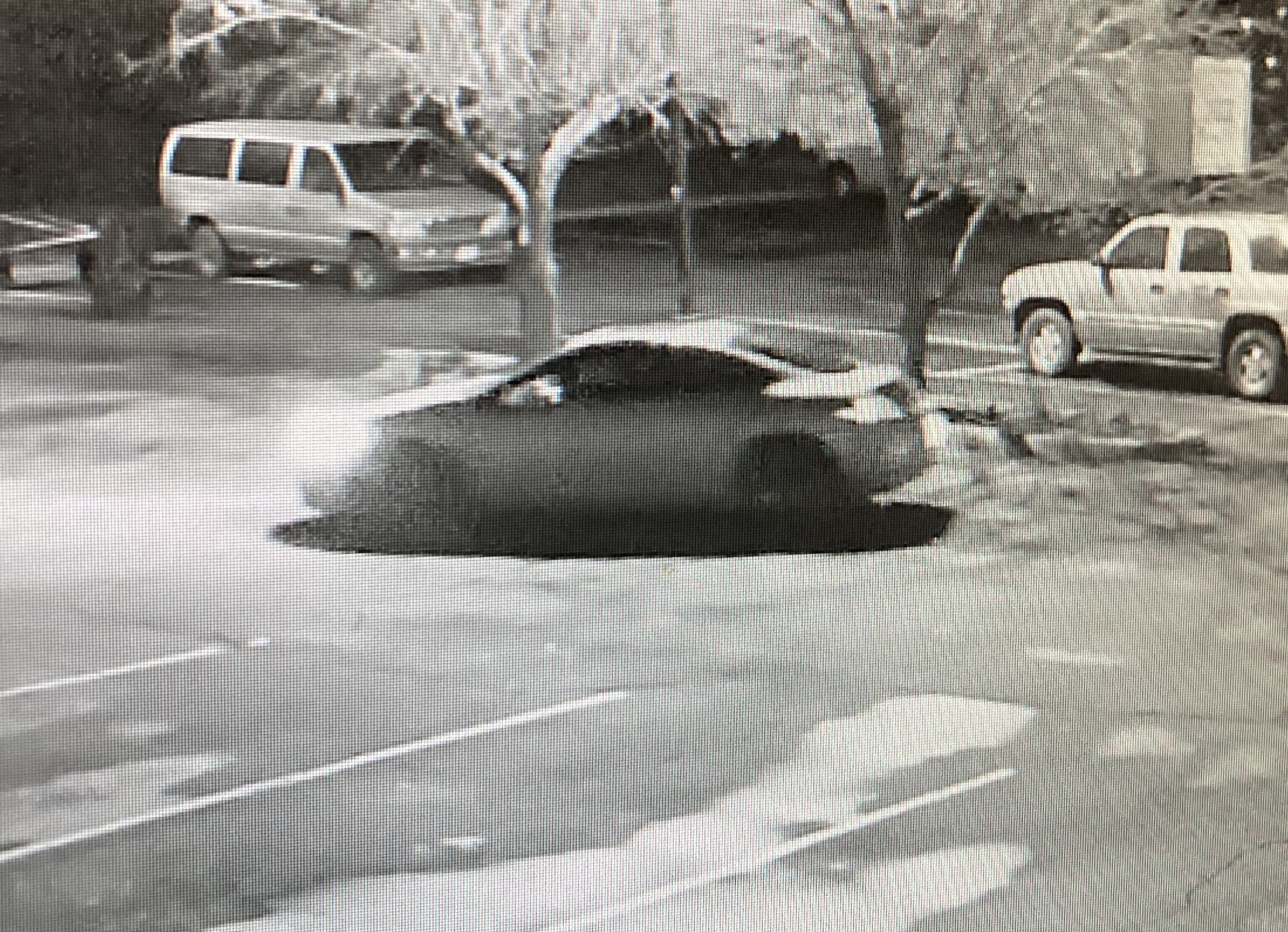 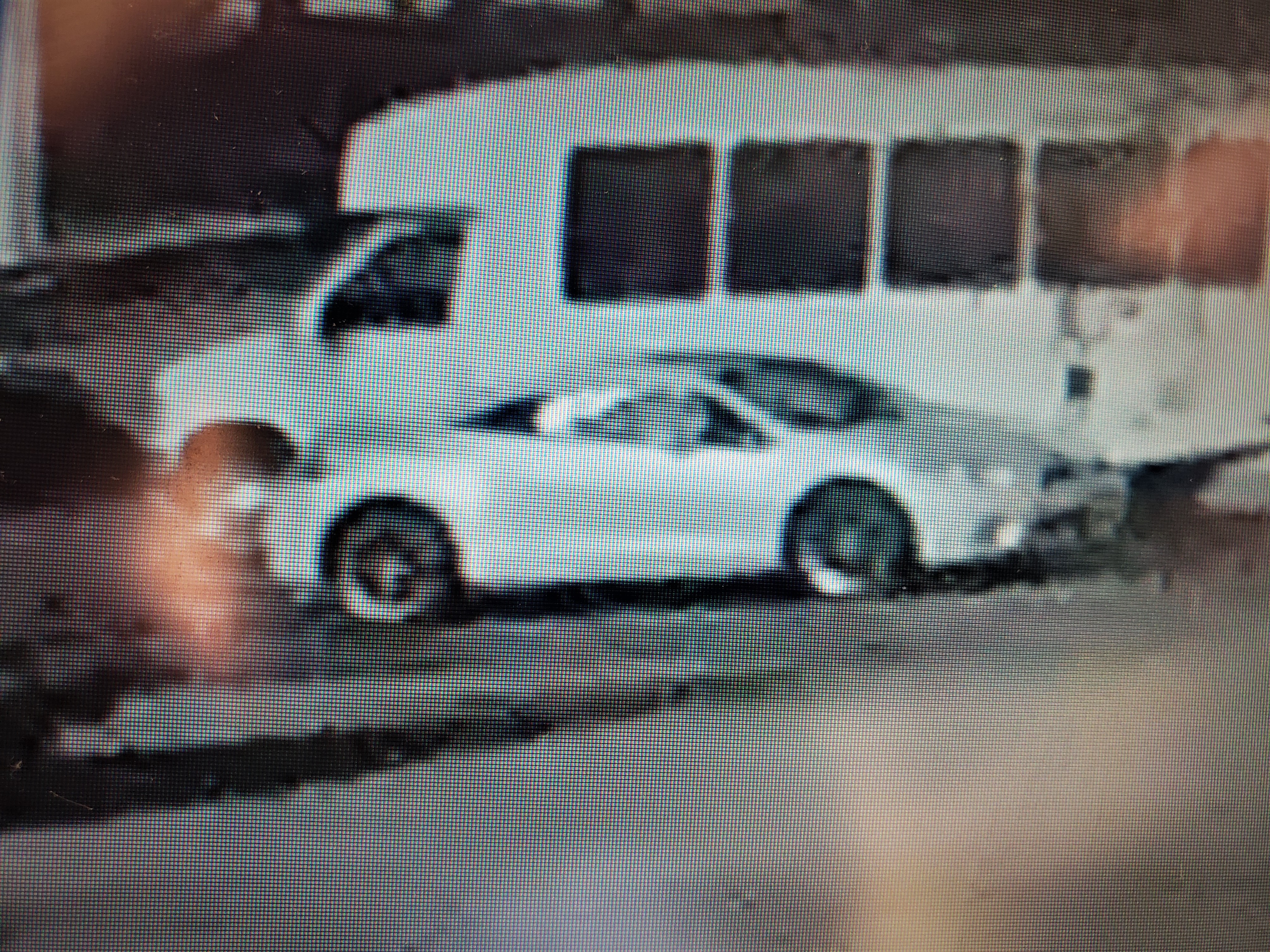